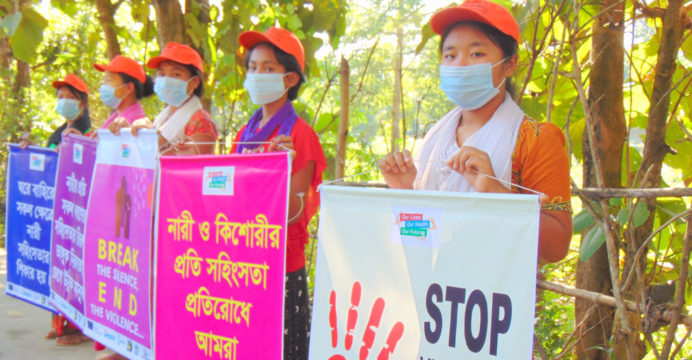 Let’s wake up, against all forms of violence, including rape… together, now

In today’s world, equality between men and women is one of the ways to build a modern and prosperous state. There is an ambiguity in our society regarding the explanation of egalitarian society. At the same time, the people of the world have received the light of civilization. But it is very unfortunate that even at such a juncture, we have to think about inhumane issues like violence against women. A lot of people still treat women as objects of sexual desire!

There is still a lot of narrowness in our mentality. That is to think of women as human beings! It’s a big kind of mental shortcoming for us! Women’s rights mean human rights, if women’s rights are not well established, then human rights will not be established and this simple rationality that many of us show our unwillingness to understand.

Most women and girls in Bangladesh are victims of various levels of gender-based violence. A 2015 survey by the Bangladesh Bureau of Statistics found that more than 80 percent of married women or girls have been subjected to various forms of abuse by their partners. About half of them said their partners physically abused them, and yet most said they never said anything to anyone and less than three percent of victims took legal action.

This year, Bangladesh marks the anniversary of two landmark laws on gender-based violence: the Women and Children Repression Prevention Act, 2000 and the Domestic Violence (Prevention and Protection) Act, 2010. However, Human Rights Watch observes that women and girls are often unable to seek meaningful legal redress under the law, and perpetrators are rarely brought to justice. Of the more than 11,000 women who have filed lawsuits through one of the government’s nine one-stop crisis centers for women and girls, only 160 have been successfully convicted — about one percent, according to the Multi-Sectoral Program on Violence Against Women. 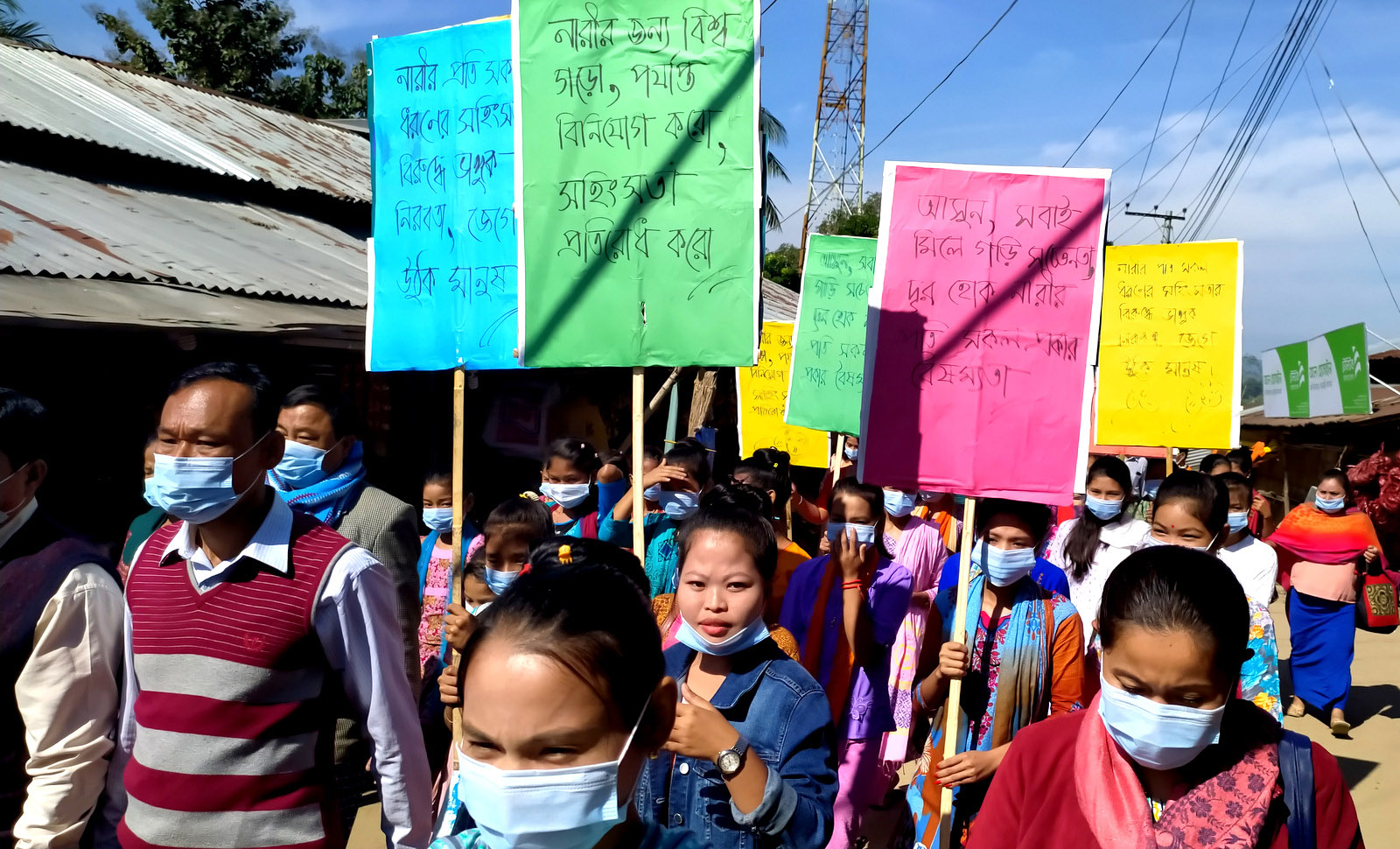 In April this year, 4,249 women and 456 children were victims of domestic violence in 26 districts of the country, according to a survey conducted by the non-governmental organization Manusher Jonno Foundation. There were 33 child marriages. The survey was conducted through mobile phones with 17,203 women and children from 602 villages and 4 city corporations in 58 Upazilas of 27 districts through 24 partner organizations. According to the survey, 848 women were physically abused by their husbands, 2,008 were mentally abused, 65 were sexually abused and 1,308 were financially abused. Apart from this, four women have been raped, one has been killed and 20 women have been sexually harassed. 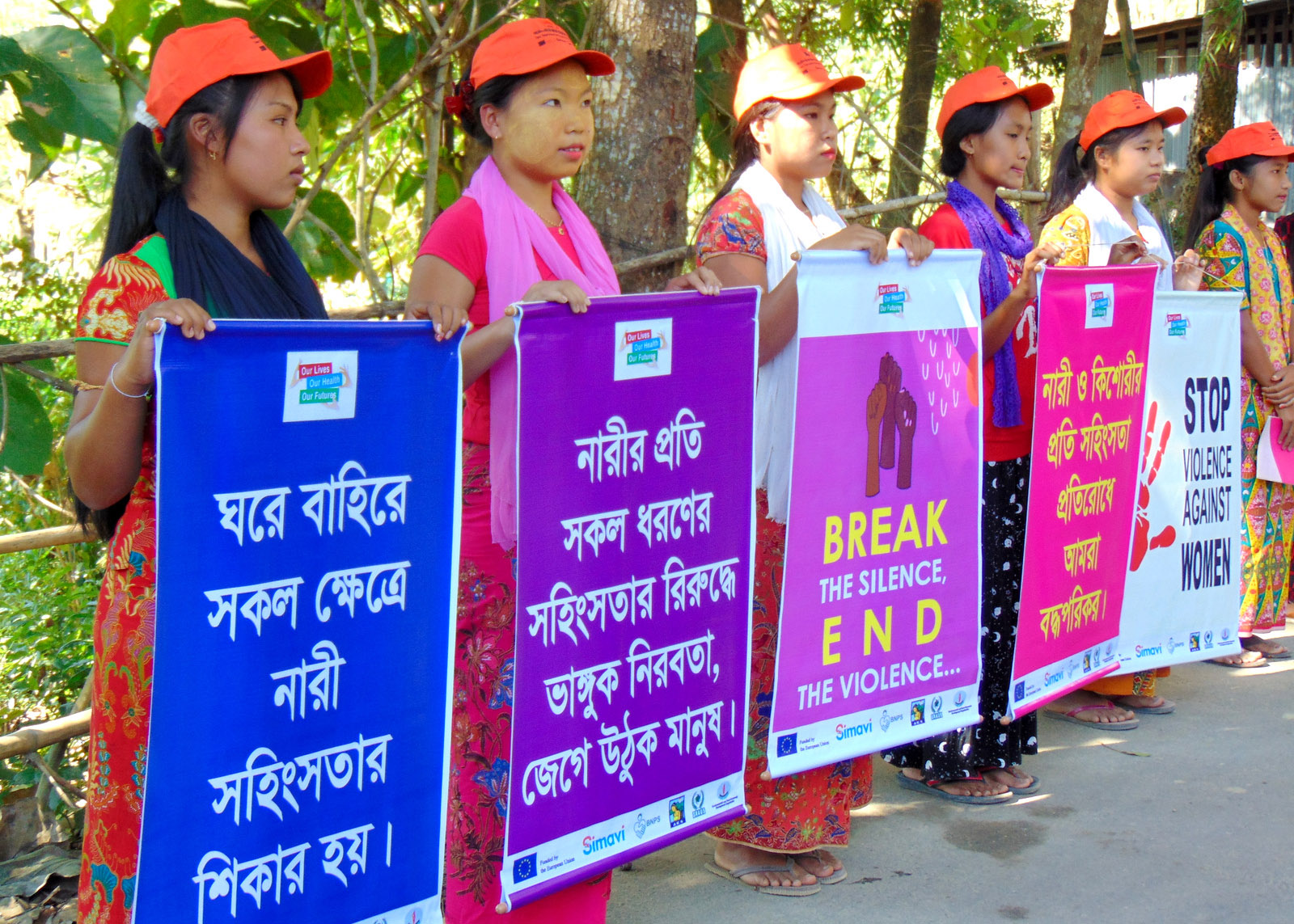 Analyzing the above data, it can be seen that rape and violence against women have become a deadly disorder in the present society. There is no alternative to the united efforts of all to free the society and the country from this disease. According to media reports of Ain o Salish Kendra (ASK), 889 women were raped in the country between January and August 2020. Of these, 41 have been killed after rape. As such, an average of 111 women has been raped every month this year. Most of these cases are not brought to justice; the perpetrators more often than not enjoy impunity. Rape and violence against women are continued to happen in the country due to the culture of impunity and lack of rule of law. We are vocal in protest after an incident went viral on Facebook consequently Administration become enabled. While many incidents are going on behind Facebook or the media, we do not even know. So we have to protest against any true incident, to prevent the recurrence of the incident, we have to protest regularly against the culture of impunity and the lack of rule of law. Besides, values, political influence in the judiciary, morality, and social degradation are also responsible. In addition, the lack of sex education and family education, the omnipresent spread of the sky-culture is further increasing the tendency of such crimes. There is also the misuse of technology.

An integrated initiative is being implemented in the three Hill Districts of the Chittagong Hill Tracts to raise the life skills and awareness of girls and women on all these issues and create a non-violent supportive environment by involving 12,000 adolescent girls and young women through the EU-funded ‘Our Lives, Our Health, Our Futures’ Programme. In addition to private initiatives to overcome such social crisis, as a human being, everyone must stand united and resist such violence against women and all forms of inhumanity. Only the combined efforts of people of all classes and professions can put an end to heinous crimes like rape. Bangladesh, Our beloved country acquired by blood, it cannot be fertile land for rapists. You have to raise your voice. Be vocal against all forms of violence against women and children. Let’s wake up, build a social movement against all forms of violence, including rape, together … right now.