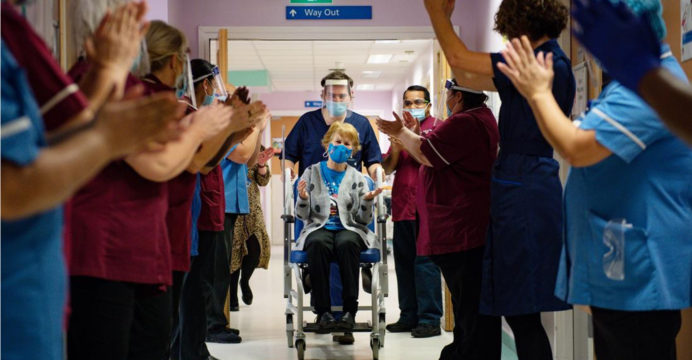 A 90-year-old British grandmother became the first person in a Western country to receive an approved coronavirus vaccine, as Britain rolled out Pfizer-BioNTech’s drug in the biggest inoculation drive in its history.

Margaret Keenan, who turns 91 next week, said it was “the best early birthday present” and added: “My advice to anyone offered the vaccine is to take it. If I can have it at 90 then you can have it too.”

Britain last week became the first country to approve the Pfizer-BioNTech vaccine, raising hopes of a breakthrough in the pandemic, which has killed more than 1.5 million worldwide.

Britain has been one of the worst-affected countries in the world, with more than 61,000 deaths in the outbreak from 1.6 million cases. 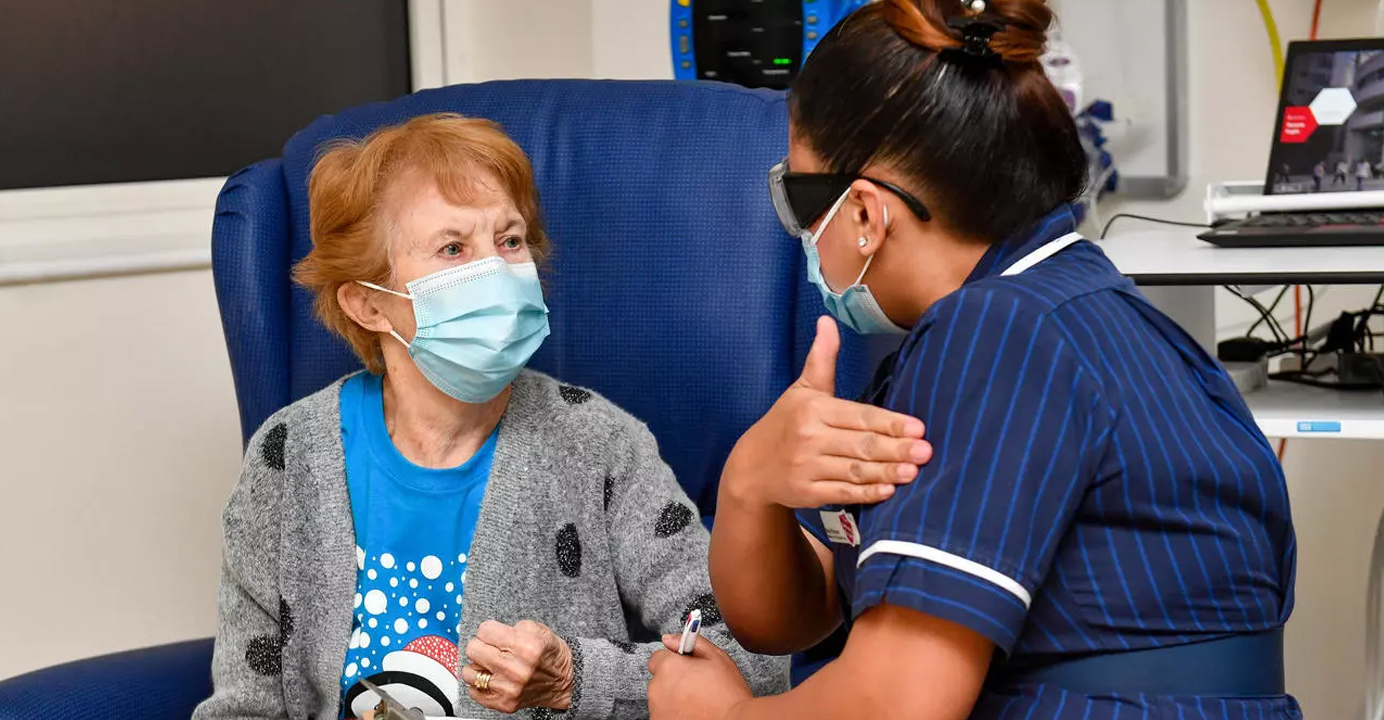 Keenan received the jab in front of cameras at a hospital in the central English city of Coventry, followed by an elderly man called William Shakespeare.

The jab was administered by May Parsons, a nurse originally from the Philippines who has worked for Britain’s state-run National Health Service (NHS) for 23 years.