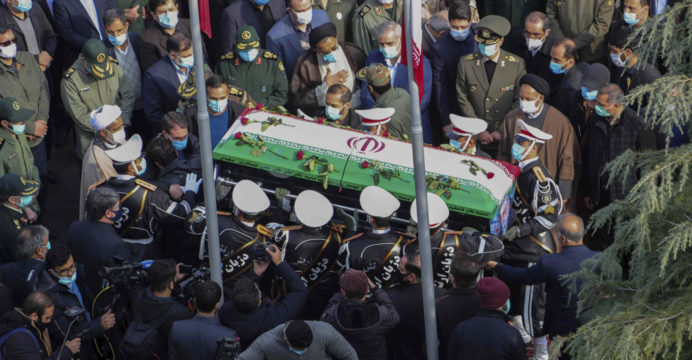 A satellite-controlled machine gun has been used with the help of “artificial intelligence” to assassinate Iran’s top nuclear scientist last week. The deputy commander of the country’s Revolutionary Guards told local media on Sunday.

Rear-Admiral Ali Fadavi said the machine gun was “zoomed in on his face” as Mohsen Fakhrizadeh was crossing a highway near the Iranian capital, Tehran, with a security convoy of 11 guards on September 26.

Mehr News Agency quoted Fadavi as saying that the machine gun was placed on a flag pick-up. The machine only focused on the face of Fakhrizadeh. Analysis of the incident shows that his wife was not shot despite having only 25 centimeters (10 inches) away on the road.

He added that it was being “controlled online” with the help of satellites and used an advanced camera and artificial intelligence to ensure that goal.

Iranian authorities have blamed Israel and the exiled opposition group People’s Mujahideen of Iran (MEK) for the killings.

Earlier, state-run Press TV reported that “Israeli-made” weapons had been found at the scene.