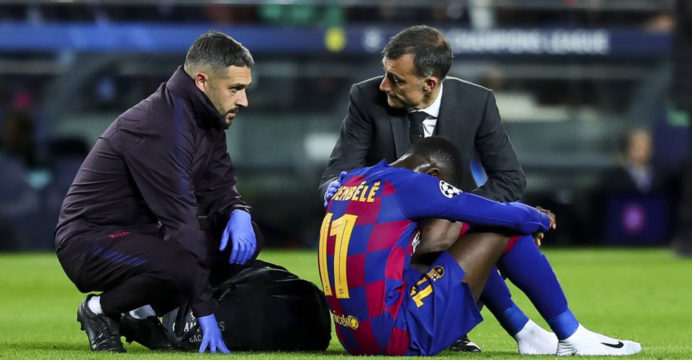 Barcelona winger Ousmane Dembele has suffered a hamstring injury again. That is why the French star will not be able to play against Juventus at home in the Champions League on Tuesday. This information has been confirmed by the La Liga club.

However, Barcelona has not confirmed when Dembele will return to the field. He was injured as a substitute in Saturday’s 2-1 La Liga match against Cadiz.

Barcelona said in a statement that Dembele’s scan report on Sunday showed a hamstring problem. That’s why he can’t play in Tuesday’s match. The extent of the injury can be ascertained after further observation.

The 23-year-old French winger has suffered hamstring problems for most of the 2019-20 season. He has scored four goals in 12 appearances for BArcelona this season. This includes three Champions League goals. Ronald Koeman’s team has already confirmed the knockout stage from the G-Group with 15 points. Now winning against Juventus will ensure the top spot.