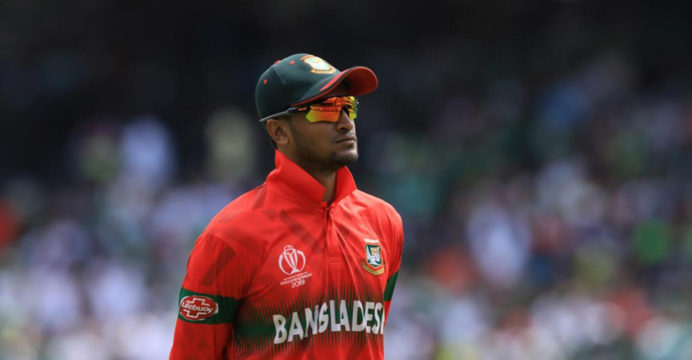 Shakib is gradually returning to his best condition

Shakib Al Hasan has not been able to meet the expectations of his game yet. However, cricket experts believe that the all-rounder has already shown signs of returning to his best rhythm.

In four matches of the ongoing Bangabandhu T20 Cup, Shakib has so far managed to score 41 runs with the bat and only 2 wickets with the ball. Which is totally incompatible with the ability of the best all-rounder in the world. However, even though he took 2 wickets, he kept the economy rate right with the ball.

Shakib’s first tournament is the ongoing Bangabandhu T20 Cup after the International Cricket Council (ICC) imposed a one-year ban on gamblers for failing to inform the appropriate authorities.
BCB director Khaled Mahmood Sujan said, “After a long time, Shakib is back in cricket. But he is the best all-rounder in the world. Shakib has not been seen with the bat yet, but he has bowled well so far. ‘

Explaining the matter, Sujan said, “There was a lot of expectation that he would score a lot of runs, which he has not been able to do yet. In fact, he is an all-time performer. There is an issue of hand and eye coordination when batting, which he has not been able to fix yet. This happens after a long break. So I believe he will return stronger after this coordination is done. ‘

Aftab said, “Since he is back in cricket after a long break, it is very difficult to do everything right. Everyone knows he is the best all-rounder in the world. He can return at any time. Periodically he is returning to his best condition. I hope we will see different Shakib in the next matches. ‘