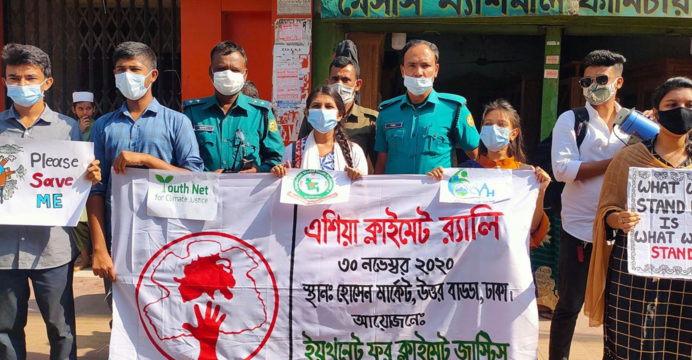 The youths have protested in different parts of the country including the capital and Barisal demanding Climate protection.

As part of the ongoing Asia Climate Rally in different countries of the Asian continent, local youths and teenagers marched and made human chain at the North Badda Hossain Market in the capital on Monday (November 28) from 12 PM to 1 pm.

The event was organized by the climate warriors to give importance to the policymakers of the government, development partners, media, and other quarters to take immediate steps to reduce carbon emissions across the country, including the capital. 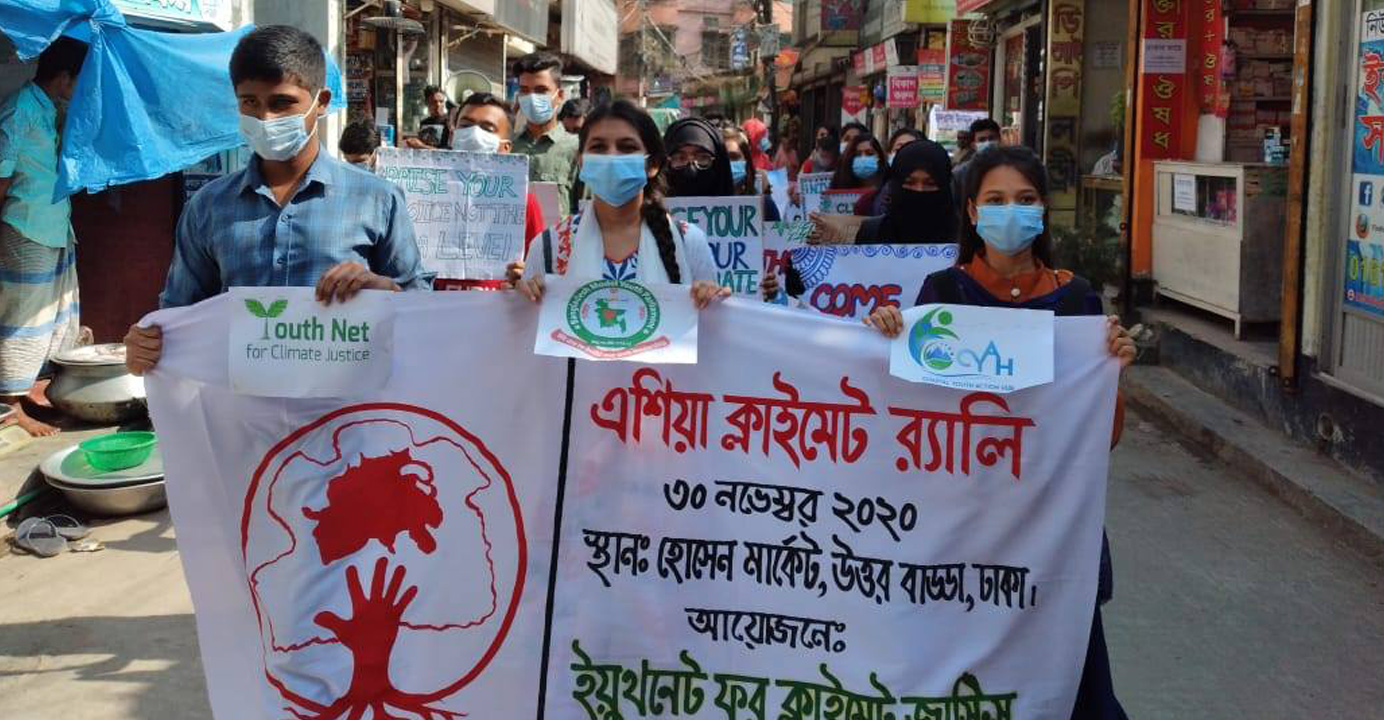 On the other hand, youths in Barisal, Narsingdi, Khulna, Satkhira, and Noakhali also took part in the protest. The rally started from the central bus stand in Bakerganj and ended on the Dhaka-Kuakata highway from different parts of the municipality.