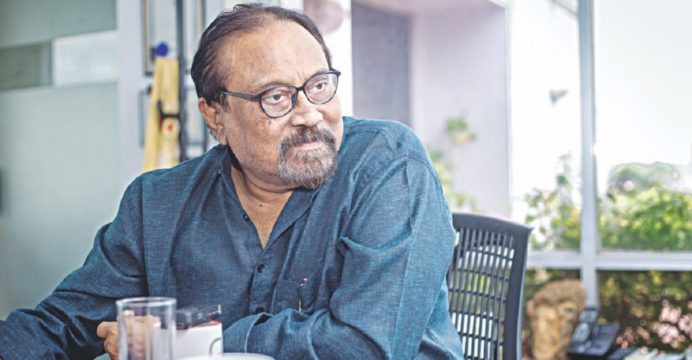 Bangladeshi Ekushey Padak-winning stage and TV actor, director Aly Zaker has died. He was 76. He died at United Hospital in Dhaka today at 6:45am. He was being treated for Covid-19.

Previously, 10 days ago, he was taken to Bangladesh Specialized Hospital because of cardiac issues.

He was fighting against cancer for the last four years.

“We are grateful to everyone who kept him in their prayers,” wrote his son Iresh Zaker on Facebook. “His namaz-e-janaza will be held after Asr prayers today at the Banani Graveyard Mosque,” he added.

Aly Zaker was born on November 6, 1944 in Chattogram. His father was Muhammad Taher and mother was Rezia Taher.

He was the third among four siblings, and spent his early childhood in Kushtia and Madaripur. His father was a high-ranking government official who transferred every few years, reports The Daily Star.

He studied at Notre Dame College and graduated from the University of Dhaka.

Aly Zaker also participated in the Liberation War of Bangladesh in 1971. He was in Sector 8 with Major General Manzoor.

In 1972, Aly Zaker joined Aranyak Natya Dal. His first stage appearance was in the troupe’s rendition of the Munier Chowdhury play “Kabor”.

Later, he joined Nagorik Natya Sampradaya, where his most memorable work — “Dewan Gazir Kissa”, “Nurul Din-er Shara Jibon”, renditions of “Macbeth” and “Galileo”, among many others — came.

On television, he is known for classics like “Aaj Robibar” and “Bohubrihi”.

He married eminent theatre personality Sara Zaker in 1975 and they have a son Iresh Zaker and daughter Sriya Sharbojoya.

He was one of the trustees in the Liberation War Museum in Dhaka.

He was the Chairman of Asiatic 3Sixty.