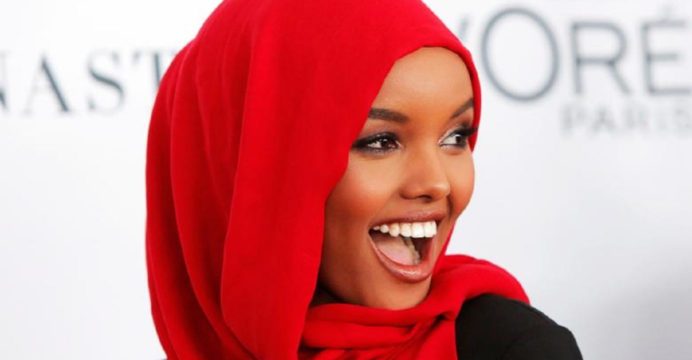 US based Somali model Halima Aden said she is quitting runway fashion shows as the fashion industry has forced her to stray away from her religious beliefs.

In a series of Instagram story posts, the 23-year-old spoke about how the job made her more detached from her identity, reports Aljazeera.

“I can only blame myself for caring more about opportunity than what was actually at stake,” wrote Aden, one of the first models to wear a hijab while representing mega fashion labels.

Despite her success as a Black Muslim woman in the industry, Aden said she often felt pressured, as she described feeling uncomfortable during photoshoots.

She said a break due to the ongoing coronavirus pandemic “opened” her eyes.

“I have finally realised where I went wrong in my personal hijab journey,” said Aden, who was born in a refugee camp in Kenya and moved to the US at seven.

“We will never need your representation,” she added.

Aden first made headlines in 2016, when she was the first woman to wear a hijab – a headscarf worn by many Muslim women who feel it is part of their religion – in the Miss Minnesota USA pageant.

Since then she has appeared on the cover of British Vogue and on runways at New York Fashion Week.

Aden was the first model to wear a hijab and full-body burkini in Sports Illustrated’s annual swimsuit issue. The spread was shot at Watamu Beach in Kenya.

Twitter users hailed the model for taking a bold stance against the industry.