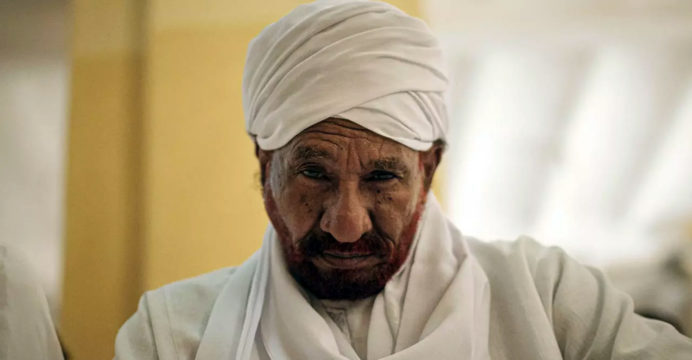 He died at a hospital in the United Arab Emirates (UAE), the statement said. He was hospitalized for more than three weeks.

Al-Mahdi served as prime minister twice, in 1986 and 1989, before being ousted in a coup led by former President Omar al-Bashir. He has led NUP for nearly five decades.