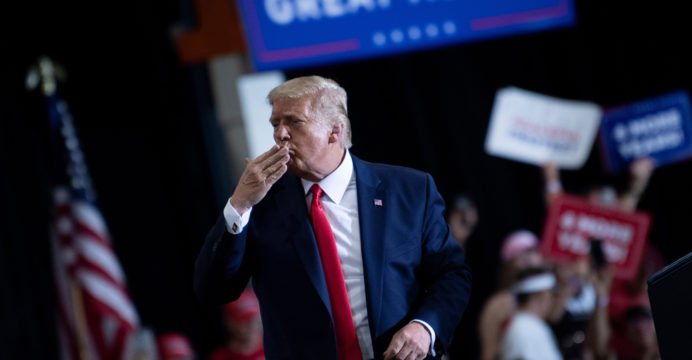 Defiant Trump tells supporters to ‘turn the election over’

The US President Donald Trump on Wednesday told to his supporters they must work to overturn the results of the US election, claiming it had been “rigged” to ensure a win for Democrat Joe Biden, reports BSS.

“We have to turn the election over,” Trump said during a phone-in to Republican supporters in Pennsylvania, more than three weeks after Biden’s comfortable victory.

“This election was rigged,” Trump said, repeating several conspiracy theories that have been shot down in courtrooms across the country.