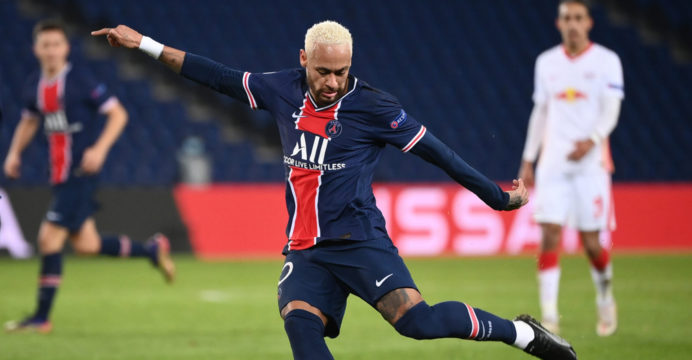 A nervy Paris Saint-Germain (PSG) was defeated for long spells but held on after an early Neymar penalty to beat RB Leipzig 1-0 on Tuesday and revive their Champions League campaign.

Last season’s runners-up had lost two of their opening three matches in Group H and would have been staring at an early exit from the competition had they lost again to the Germans behind closed doors at the Parc des Princes.

Yet PSG star Neymar’s 11th-minute spot-kick settled enough for a PSG side struggling with injuries and suspensions, as Leipzig failed to convert any of the chances that came their way.

Both PSG and Leipzig are now level on six points with two games still to come, with Manchester United three points clear at the top of the division after easing to a 4-1 victory over Istanbul Basaksehir.

Crucially, PSG has the head-to-head advantage over Leipzig, thanks to an away goal, if the two teams end level on points. They lost 2-1 when the teams met in Germany three weeks ago.