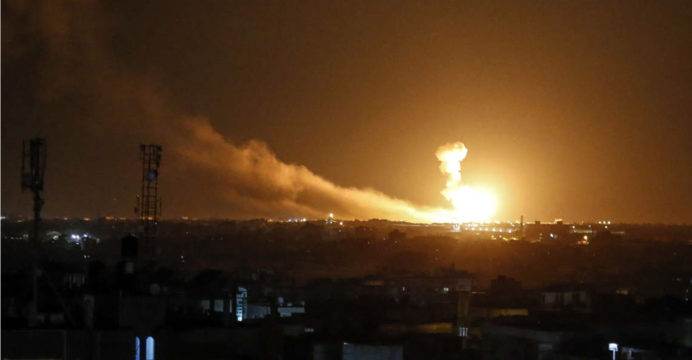 Israel has carried out airstrikes near the Syrian capital, Damascus. However, no casualties were reported.

However, no one was injured in the attack, the agency said. Earlier, Sanaa reported that Israel had attacked the Jabal al-Maniya area of ​​Damascus province.

Israel has carried out hundreds of air and missile strikes on Syria since the start of the civil war in 2011. The strikes targeted Iranian and Lebanese Hezbollah and Syrian government forces.