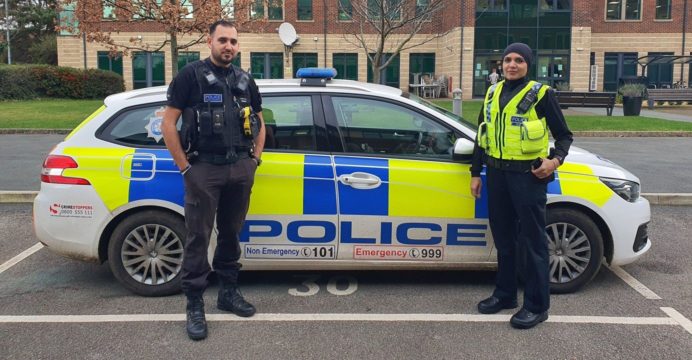 Hijab becomes a part of uniform of North Yorkshire Police

Two police constables who designed a hijab to be part of their uniform have celebrated making it a reality. North Yorkshire Police called the move an “important change” and highlighted the need to represent the communities they serve.

PC Uzma Amireddy, who designed the headscarf with PC Arfan Rahouf, became the first officer to wear a hijab while on duty with the force in 2019, reports BBC.

On Monday she tweeted: “Finally it is part of a uniform”.

PC Rahouf said he was pleased to hear that the design was comfortable to wear.

Alhumdulilla really pleased today, I was afraid when I started wearing hijab, fearing that this may hinder me in policing especially in proactive roles now finally it is part of a uniform @NYorksPolice let’s hope the future is optimistic in sha Allah 🙏🏾 https://t.co/LSqS79PsYn

He posted: “After many months of designing a new Hijab, I am happy to say myself & PC Uzma Amireddy have now achieved this!!”

Other forces such as the Metropolitan Police in London and Police Scotland offer the option of a uniform hijab.

Earlier in November, New Zealand Police introduced a hijab into their official uniform to encourage more Muslim women to join.

“We need to be more representative of the communities we serve, in order for us to be an inclusive workforce and deliver a better service to all of our communities.”