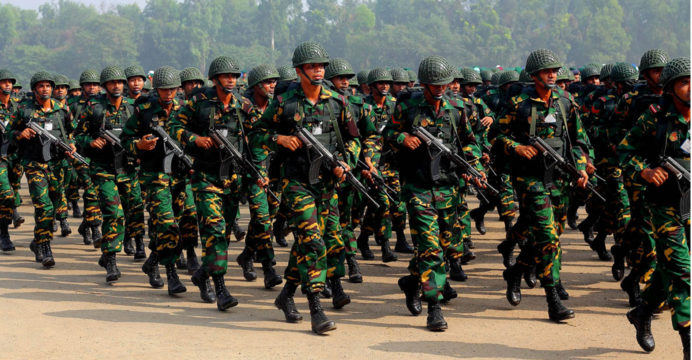 Victory Day parade has been canceled in Bangladesh

Due to the ongoing epidemic of coronavirus, a joint military parade of the armed forces at the National Parade Square in Tejgaon on Victory Day 2020 (December 16) has been canceled. Prime Minister Sheikh Hasina has given special instructions in this regard.

This information has been known from the working paper of the second virtual meeting of the inter-ministerial recently. Liberation War Affairs Minister AQM Mozammel Haque presided over the meeting.

According to the working paper, a detailed program was formulated at the first inter-ministerial meeting on Victory Day. If the program is presented to the Prime Minister, he has ruled that it is not possible to hold the national parade this year due to the large number of people gathering due to the risk of coronavirus. The Prime Minister has directed to carry out other programs on a limited scale.