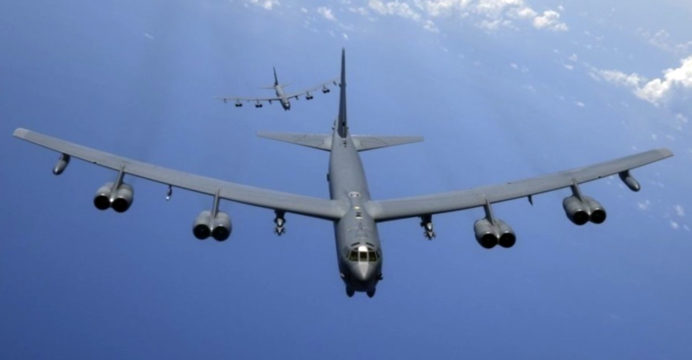 US Deployed nuclear bomb carrier aircraft in the Middle East

The United States has suddenly deployed an aircraft capable of carrying an atomic bomb in the Middle East without any prior announcement. A few B-52 bombers departed from the United States on Saturday.

The US Central Command also provided photos of the flights from Minot base in North Dakota. The Pentagon has not confirmed exactly where the planes are heading to the Middle East.

Earlier, however, there was a precedent for the deployment of B-52 bombers at Al-Udeed base in Qatar. Within days of the announcement of troop reductions from Afghanistan and Iraq, nuclear warplanes were deployed in the Middle East.

U.S. analysts say the Pentagon’s decision was intended to send a strong message to Iran.