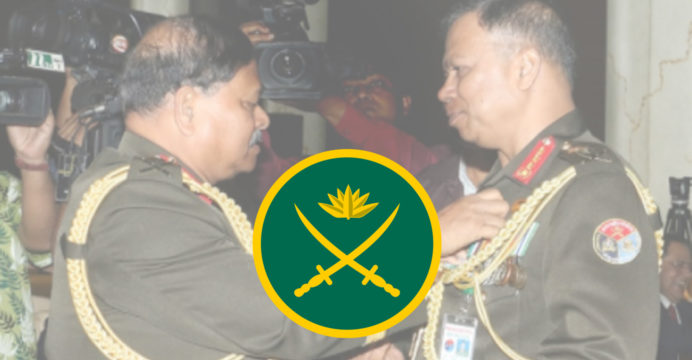 In recognition of his commendable and heroic deeds, Chief of Army Staff General Aziz Ahmed awarded 122 members of the Bangladesh Army with peacetime medals.

The ceremony was held at the Helmet Auditorium of the Army Headquarters on Monday morning. Medals were awarded in a total of 8 categories.

At the time, the army chief said the peacetime medal would further motivate army members to work. General Aziz Ahmed also urged every member to be engaged in the service of the country and the nation responsibly.