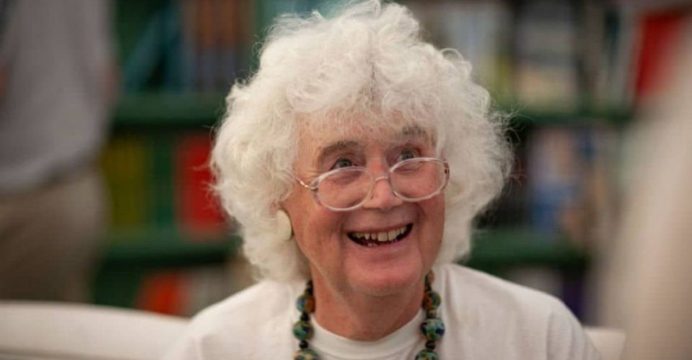 In 1972, she transitioned from male to female, undergoing gender reassignment surgery and changing her name to Jan, reports BBC.

Her son Twm announced her death, saying she was on her “greatest journey”.

“This morning at 11.40 at Ysbyty Bryn Beryl, on the Llyn, the author and traveller Jan Morris began her greatest journey. She leaves behind on the shore her life-long partner, Elizabeth,” he said.

Elizabeth was Morris’s wife before Morris transitioned – they had five children together and stayed together, later entering a civil partnership. One of their children died in infancy.

Morris told Michael Palin in 2016: “I’ve enjoyed my life very much, and I admire it. I think it has been a very good and interesting life and I’ve made a whole of it, quite deliberately.

“I’ve done all of my books to make one big, long autobiography. My life has been one whole self-centred exercise in self-satisfaction!”

She is arguably most famous for her widely admired travel writing, and Palin said: “She’s kind of a non-fiction novelist. She creates an image and a feeling of a place that stays in your mind.”

Author Kate Mosse, whose books include Labyrinth, paid tribute to an “extraordinary woman”. Fellow writer Sathnam Sanghera tweeted: “What a life, and what a writer.”

Journalist Katherine O’Donnell added her “public visibility and account of her transition… let others like me know they were not alone”.

Jan Morris’s journalism and travel writing was superb. Her guide to Venice is a joy that will never be bettered. A pioneering trans woman, her public visibility and account of her transition, Conundrum, let others like me know they were not alone. A great life is over. RIP Jan x

Morris’s book Venice, about the Italian city, is considered to be a classic by The Guardian.

Palin said it was “one of the most influential books of my life”.

“Her description of the city transcended any conventional travel writing I’ve come across. Morris’s heart and soul was in the book. It was like a love affair,” he said.

“Her book started my own love affair with the city, which has lasted all my life. And as a writer she taught me the importance of curiosity and observation.”

The author also wrote fiction, however, and her book Last Letters from Hav made the Booker Prize shortlist in 1985. It was a novel written in the form of travel literature.

Morris was particularly renowned as a journalist for announcing the ascent of Everest, in an exclusive scoop for The Times in 1953.