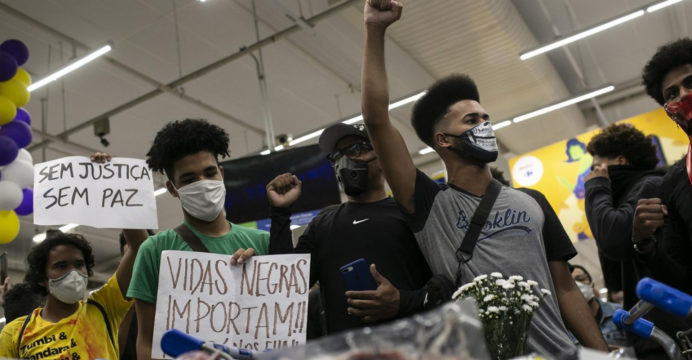 Protests have erupted in Brazil over the brutal death of a black man at the hands of two white security guards. Anti-apartheid protests erupted in the country on Friday after the incident outside a supermarket last Thursday. This information has been informed in a report of BBC Online.

A video of the incident shows security guards at the Carrefour store in Porto Alegre punching Joao Alberto Silveira Freitas, 40, more than once. Security guards have been detained.

The Brazilian branch of the French supermarket group Carrefour says it has severed ties with security agencies that provide their staff.

The history of racism in Brazil is very old. Slavery was abolished in Brazil in 18 AD. However, President Jair Bolsonaro has denied any wrongdoing.

Rights activists say the notion of racism in the country is slowly changing. The protests erupted in the southern city of Porto Alegre on Thursday night after the incident spread through local media, including social media.