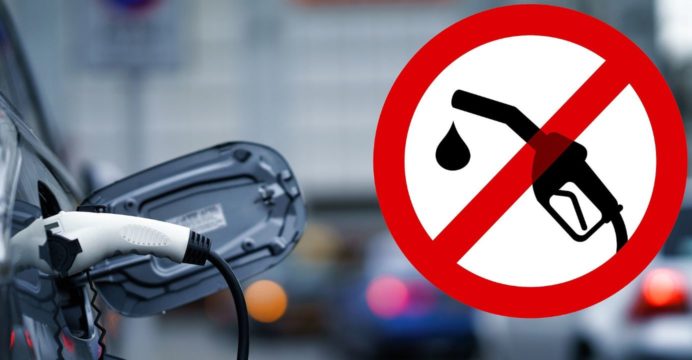 UK to ban new petrol and diesel cars from 2030

New cars and vans powered wholly by petrol and diesel will not be sold in the UK from 2030, Prime Minister Boris Johnson has said.

But some hybrids would still be allowed, he confirmed.

It is part of what Mr Johnson calls a “green industrial revolution” to tackle climate change and create jobs in industries such as nuclear energy.

Critics of the plan say the £4bn allocated is far too small for the scale of the challenge. The total amount of new money announced in the package is a 25th of the projected £100bn cost of high-speed rail, HS2, reports BBC.

Business Secretary Alok Sharma told BBC Breakfast the £4bn was part of a broader £12bn package of public investment, which “will help to bring in three times as much in terms of private sector money”.

Mr Sharma, who is president of the COP26 international climate summit that the UK will host next year, said the money would also support the creation of 250,000 jobs in parts of the UK “where we want to see levelling up”.

The government hopes that many of those jobs will be in northern England and in Wales, and that 60,000 will be in offshore wind.

The plan includes provision for a large nuclear plant – likely to be at Sizewell in Suffolk – and for advanced small nuclear reactors, which it is hoped, will create an estimated 10,000 jobs at Rolls-Royce and other firms.

The plans will also affect some people’s homes. The government will bring forward, to 2023, the date by which new homes will need to be warmed without using gas heating.

It will aim to install 600,000 heat pumps a year by 2028 – these are low-energy electrical devices for warming homes.

And it has extended the Green Homes Grant for home insulation for a year after the first tranche was massively over-subscribed.

Clean hydrogen will be blended into the natural gas supply to reduce overall emissions from gas, and the government wants a town to volunteer for a trial of 100% hydrogen for heat, industry and cooking.

The hydrogen – attracting a subsidy of up to £500m – will be produced in places such as the North East of England, partly by energy from offshore wind.

The government wants to breathe new life into de-industrialised areas by teaming hydrogen production with the manufacture of wind turbines, and with four clusters of firms using carbon capture and storage.

This is when emissions from chimneys are captured and forced into rocks underground. The hope is to transform depressed areas into hi-tech hubs. This will get funding of an extra £200m.

Another key point of the plan is a £1.3bn investment in electric vehicle (EV) charging points. Grants for EV buyers will stretch to £582m to help people make the transition.

There is also nearly £500m for battery manufacture in the Midlands and the north-east of England.

Many of the details of the plan will be written into an energy white paper proposing future legislation, which is expected by the end of the month.

In the race to clean up motoring, the UK is now in second place after Norway, which has a fossil fuel vehicle abolition date of 2025.

UK car makers have warned about the scale of the challenge, but the government believes that forcing technological change can give firms a competitive edge.

But will the so-called “green revolution” achieve its aim of massive job creation?

Experts said the £4bn would go a long way if it were spent on labour-intensive insulation, but not far if ploughed into expensive, mechanised carbon capture.

The prime minister said: “My 10-point plan will create, support and protect hundreds of thousands of green jobs, whilst making strides towards net zero by 2050.

“Our green industrial revolution will be powered by the wind turbines of Scotland and the North East, propelled by the electric vehicles made in the Midlands and advanced by the latest technologies developed in Wales, so we can look ahead to a more prosperous, greener future.”

The UK will host the COP26 UN summit – seen as the most important round of talks to tackle climate change since the Paris Agreement in 2015 – in Glasgow this time next year. It had been due to take place in 2020 but was postponed by 12 months because of the pandemic.

The plans are aimed to put the UK on track to meet its goal of net zero emissions by 2050.