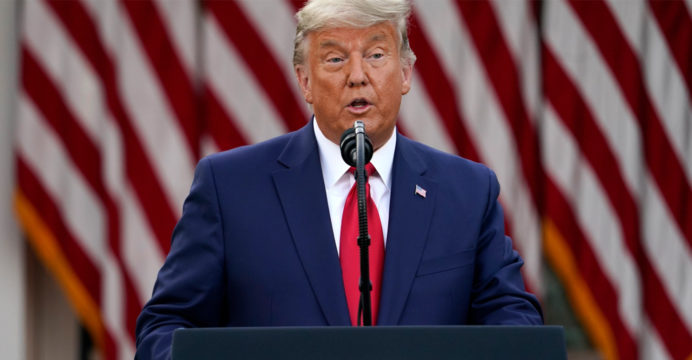 Trump reiterated that he would not accept defeat, claiming that Biden had won by fraud. Clashes erupted between Trump supporters in Washington DC in protest of vote-rigging in the election.

Protests by Trump supporters continued in Washington DC on Sunday (November 18) to protest vote-rigging in the US presidential election. At the same time, anti-apartheid activists also protested. At one stage, when there was a clash between the two sides, the police became strict in controlling the situation. Several protesters were arrested.

Meanwhile, in a tweet, US President Donald Trump acknowledged for the first time that Biden had won the election. However, he acknowledged that their numbers were not enough to defeat Biden’s government. At the time, Trump added that no international observers had been allowed to observe the election. The president also accused the media of playing a silent role in rigging the vote.

Earlier, in a press conference on Friday (November 14), Trump said it was not clear who would come to power in the future. Trump, meanwhile, has been seen spending time playing golf since the tweet.

On the other hand, Ron Klein, Biden’s top adviser, called on Congress to allocate emergency funds to deal with Covid, fearing that the Corona situation could escalate in the coming days. On Sunday, he said in a statement that before Biden officially takes office as president, they want to work together with the Trump administration to tackle Covid.