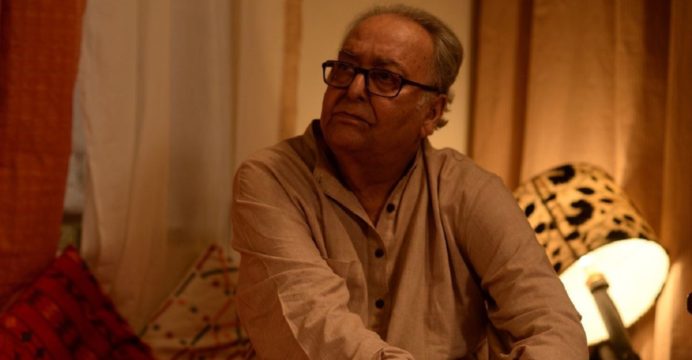 Iconic Bengali actor Soumitra Chatterjee has passed away at the age of 85. He tested positive for COVID-19 in October and was hospitalized. An official statement said: “We declare with heavy heart that Shri Soumitra Chattopadhyay breathed his last at 12-15 pm at Belle Vue Clinic today (15 November 2020). We pay our homage to his soul.”

Soumitra Chatterjee was hospitalized at Belle Vue Clinic hospital in Kolkata last month, a day after he tested positive for COVID-19. His condition at the time was described as stable. West Bengal chief minister Mamata Banerjee called to enquire about Mr Chatterjee’s health.

Concern about Soumitra Chatterjee’s health grew as days passed, particularly a fear of a cancer relapse – the actor had survived prostate cancer. Mr Chatterjee, who received plasma therapy to fight the virus, was attended by a team of 10 doctors from Belle Vue Clinic, reports NDTV.

His last movie was Sanjhbati which was released in 2019.