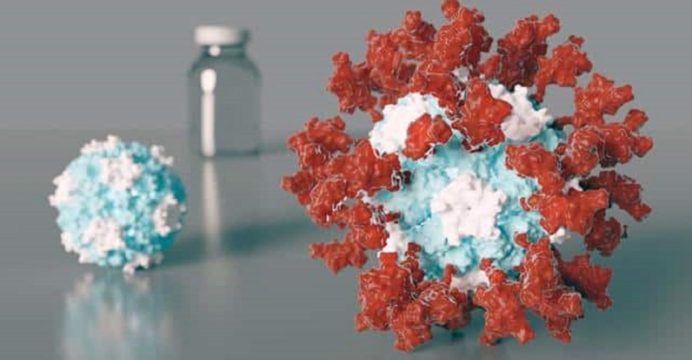 Just as bacteria can evolve resistance to antibiotics, viruses can evolve resistance to vaccines — and the evolution of SARS-CoV-2 could undermine the effectiveness of vaccines that are currently under development, according to a paper published November 9 in the open-access journal PLOS Biology by David Kennedy and Andrew Read from Pennsylvania State University, USA. The authors also offer recommendations to vaccine developers for minimizing the likelihood of this outcome.

“A COVID-19 vaccine is urgently needed to save lives and help society return to its pre-pandemic normal,” said David Kennedy, assistant professor of biology.

“As we have seen with other diseases, such as pneumonia, the evolution of resistance can quickly render vaccines ineffective. By learning from these previous challenges and by implementing this knowledge during vaccine design, we may be able to maximize the long-term impact of COVID-19 vaccines.”

The researchers specifically suggest that the standard blood and nasal-swab samples taken during clinical trials to quantify individuals’ responses to vaccination may also be used to assess the likelihood that the vaccines being tested will drive resistance evolution. For example, the team proposes that blood samples can be used to assess the redundancy of immune protection generated by candidate vaccines by measuring the types and amounts of antibodies and T-cells that are present.

“Much like how combination antibiotic therapy delays the evolution of antibiotic resistance, vaccines that are designed to induce a redundant immune response — or one in which the immune system is encouraged to target multiple sites, called epitopes — on the virus’s surface, can delay the evolution of vaccine resistance,” said Andrew Read, Evan Pugh Professor of Biology and Entomology and director of the Huck Institutes of the Life Sciences.

“That’s because the virus would have to acquire several mutations, as opposed to just one, in order to survive the host immune system’s attack.”

The researchers also recommend that nasal swabs typically collected during clinical trials may be used to determine the viral titer, or amount of virus present, which can be considered a proxy for transmission potential. They noted that strongly suppressing virus transmission through vaccinated hosts is key to slowing the evolution of resistance, since it minimizes opportunities for mutations to arise and reduces opportunities for natural selection to act on those mutations.

In addition, the team suggests that the genetic data acquired through nasal swabs can be used to examine whether vaccine-driven selection has occurred. For example, differences in the versions (“alleles”) of genes that arise from mutations, between the viral genomes collected from vaccinated versus unvaccinated individuals, would indicate that selection has taken place.

“According to the World Health Organization, at least 198 COVID-19 vaccines are in the development pipeline, with 44 currently undergoing clinical evaluation,” said Kennedy.

“We suggest that the risk of resistance be used to prioritize investment among otherwise similarly promising vaccine candidates.”