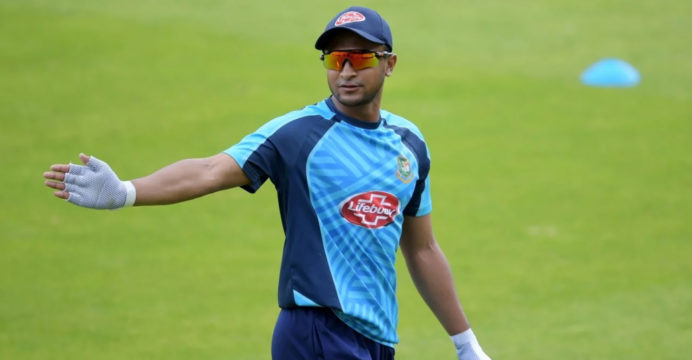 Shakib performed the best in the fitness test

World-class all-rounder Shakib Al Hasan was out of the game for a long time due to the ban. He is returning to the field of heroism. He proved once again that the forced break did not hurt him.

Shakib Al Hasan’s beep test was the first day on November 9 after returning from the ban on October 29. But after a long break, Shakib, who had returned, consulted with the trainer and took back the schedule. Tiger all-rounder took part in the beep test at Mirpur Indoor at 10 am on Wednesday. On the third day of the fitness test, Shakib surpassed everyone.

On the first day, Nihaduzzaman made a maximum of 13.4. On the same day, batsman Rabiul Islam Robi made 13. Fast bowler Mehedi Hasan scored 13.6 in the second day of the Bip Test yesterday. Which was the highest score before Shakib gave the beep test.