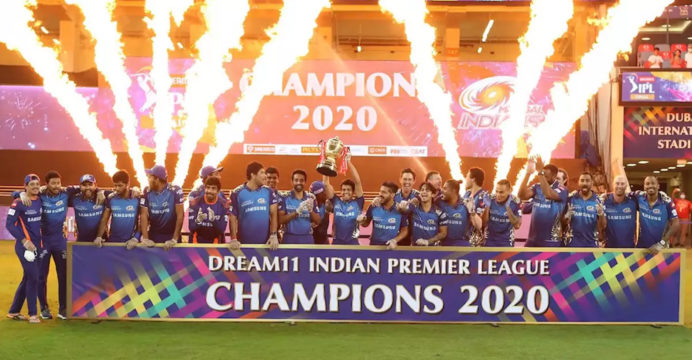 Mumbai Indians won the fifth IPL title in their history. In the time of Corona, Mumbai beat Delhi by 5 wickets in Dubai. Delhi Capitals batted first and scored 156 runs. In reply, the Indian camp reached the port of victory after losing 5 wickets. This is their second title win in a row.

After winning the toss, Shreyas Iyer decided to bat at the Dubai International Cricket Stadium. Instead of chasing the target on the stage of the final, Delhi was more eager to throw the target to the opponent. But, the top-order could not fulfill the captain’s plan.

“It is a great feeling, it means a lot,” Pollard said after the latest title run, a five-wicket win over the Delhi Capitals. “Having been here for 11 years, the fifth trophy is fantastic,” he told former West Indies fast bowler Ian Bishop on the official broadcast.

In addition to Mumbai Indians five IPL titles, the Chennai Super Kings are second with three, the Mumbai Indians have also won two Champions League T20 titles, in 2011 and 2013.