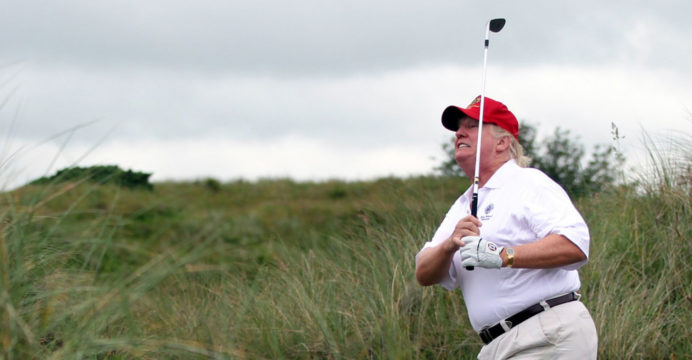 Trump spent the day of the defeat playing golf

Trump spent the day of the defeat in the US presidential race playing golf. US President Donald Trump left the White House shortly before 10 a.m. local time on Saturday (November 7), wearing a black windbreaker, black pants, and a Maga (Make America Great Again) hat. He tweeted about vote-rigging all day before leaving.

In a report, the BBC’s White House correspondent reported on the day of Trump’s defeat.

He said Trump looked quite confident when he went to the golf club. The day was perfect for playing golf. He planned to spend the day at the club. But the BBC’s White House correspondent says there was a sense of unease among Trump’s staff.

Then at 11:30 a.m., when the president was at his golf club, the BBC and the US media began to predict their results. By then they had begun to announce the result that Trump’s opponent Joe Biden was sure to win.