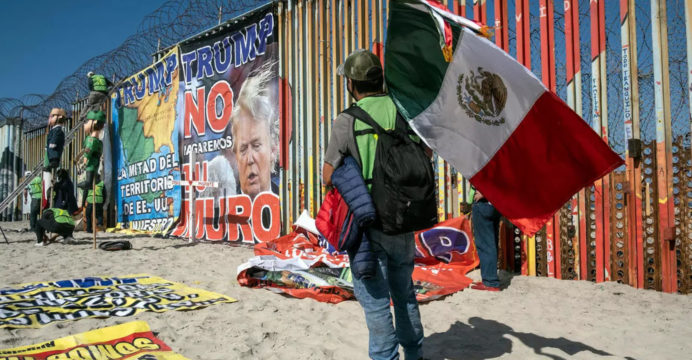 After years of close ties with Donald Trump, Mexico must now reshape its complex relations with the United States under Joe Biden, including on the key issues of trade and immigration.

The country’s awkward position was underscored by President Andres Manuel Lopez Obrador’s reluctance on Saturday to congratulate Biden while Trump is still mounting a slew of legal challenges.

The left-wing populist said he would wait for “all legal issues” in the US presidential election to be resolved.

“We have a very good relationship with the two candidates,” he added, as messages of congratulations for Biden and Vice President-elect Kamala Harris poured in from other world leaders.

Trump sparked anger during his 2016 election campaign when he branded Mexican migrants “rapists” and drug dealers and vowed to build a wall across the southern US border.

Even so, Lopez Obrador maintained cordial relations with Trump, and experts say that a Biden presidency will bring a different set of challenges for Mexico.

“Trump’s anti-Mexican rhetoric is very unpleasant, but in fact, there were important agreements,” said Miguel Angel Jimenez, an analyst at the Mexican Council on Foreign Relations, told AFP.

“The relationship with the Democrats has always been cold and Biden could keep more distance.”