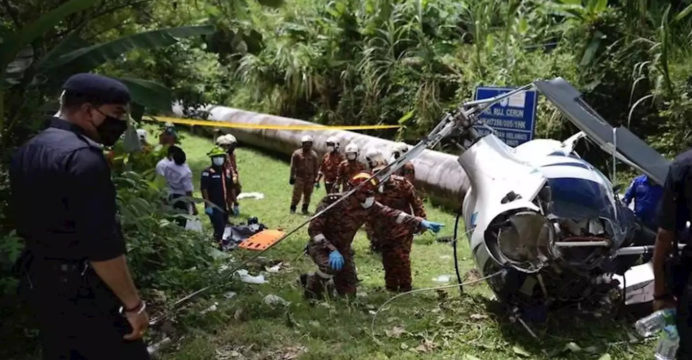 Two people have been killed in a collision between two helicopters while flying in Malaysia.

The helicopter crashed in a housing area behind Taman Melawati School in Kuala Lumpur around 11 am on Sunday (November 8th) local time.

Norajam Khamis, head of the Selangor Fire and Rescue Department, confirmed the matter. He said it was not yet clear what caused the crash. However, an investigation committee is being formed to find out the cause of the accident.

The two helicopters are also believed to be privately owned. Four men and a woman were injured in the accident. Two died at the hospital.