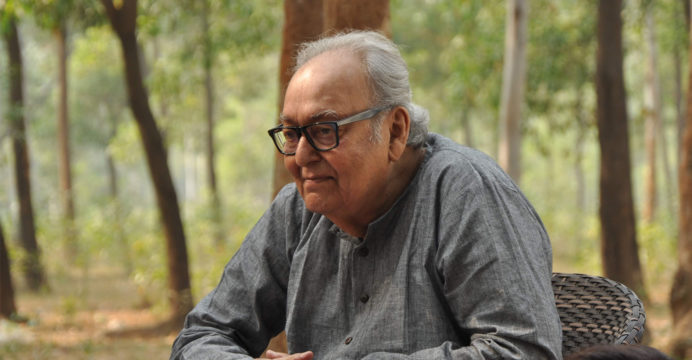 Soumitra has not regained consciousness yet

Veteran actor Soumitra Chatterjee has been in the hospital for about a month. The physical condition sometimes improves and sometimes deteriorates. Doctors are trying their best to heal the talented actor by keeping him in ventilation.

On Saturday (November 8) afternoon, his daughter, playwright Paulmi Basu, said on her mobile phone, “My father has not regained consciousness yet. Consensus has not yet come. Everything else is fairly stable. Dialysis is being given for the kidneys from time to time. ‘

However, the news in the Indian media, Soumitra’s condition is improving. As a result, the doctor decided to stop using antibiotics and antifungal drugs. Citing a doctor at the hospital, the actor’s daughter added, “The doctor is saying, nothing can be said without knowledge yet.” The situation is relatively stable but it is important for him to return to normalcy.”

Soumitra Chatterjee was admitted to a hospital in Kolkata on October 6 after contracting corona. He became completely unconscious while undergoing treatment. There have also been attempts to regain his knowledge with music therapy. A few days ago, the actor tried to open his eyes at the call of his daughter.