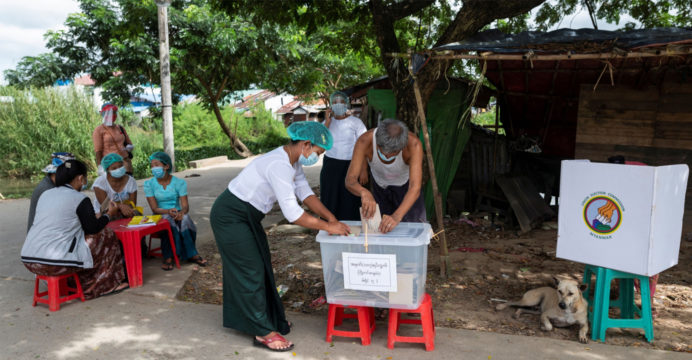 General election voting is going on in Myanmar

General election voting is going on in Myanmar. Voting will take place from 6 am to 6 pm local time. The results will be known by Monday.

This election is being seen as a huge challenge for the democratic government of the country. Because this is their first election battle to take power from the army in 2015.

Despite 93 parties running in the by-elections, Aung San Suu Kyi’s party, the NLD, and the main opposition, the USDP, are the most popular. It is expected that Suu Kyi’s team will be in a better position with the support of the army.

This year 3 crore 80 lakh people will exercise their right to vote. But polling has been canceled in Rakhine-Shan-Kachin-Mann and Bago areas. As a result, 1.5 million people are being deprived of the right to vote. The most affected are the Rohingya minority in Rakhine.