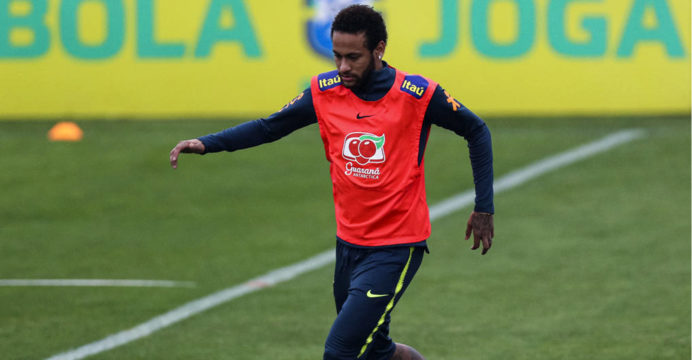 But the 28-year-old will travel with Brazil’s squad in the hope that he will be fit for the qualifier against Uruguay in Montevideo four days later.

“We believe that with an intensive week of treatment … there is a possibility of recovery for the second match,” Lasmar said in a CBF statement. “We will be monitoring his condition closely.”

He added that Brazil manager Tite would not risk Neymar for the match against Uruguay if he was not fully fit.
The former Barcelona and Santos star has not played since Paris Saint-Germain’s 2-0 Champions League win over Istanbul Basaksehir on October 28.

Tite has already been forced to make four changes to his original squad for the matches against Venezuela and Uruguay. Philippe Coutinho, Fabinho and Rodrigo Caio withdrew because of injuries while defender Eder Militao has been ruled out after testing positive for COVID-19.