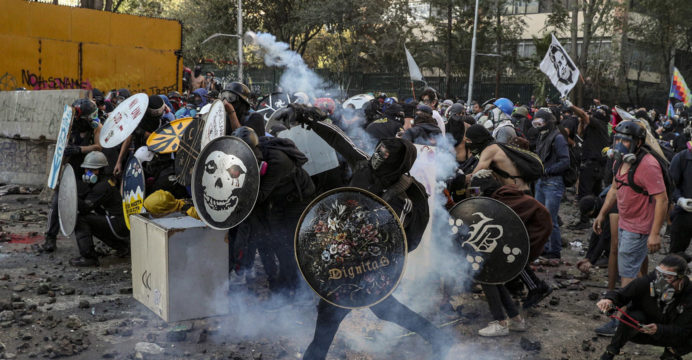 Anti-government protests erupt again in Chile. Which started last year with a focus on metro rail fares. Later it was formed to demand pension, health sector and education system reforms.

Violent protests erupted in the capital, Santiago, on Friday after a long shutdown due to the corona. Members of the security forces fired tear gas and water cannons at the protesters to control the situation.

Their demand is that the government is indifferent in the development sector including education and health of the country. Meanwhile, the protesters accused the government of corruption.