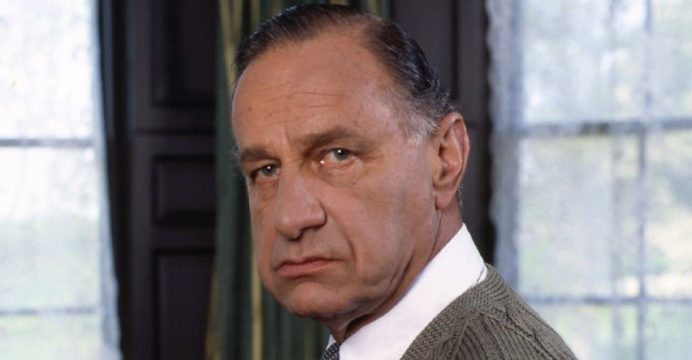 Actor Geoffrey Palmer, known for his roles in such sitcoms as Butterflies, As Time Goes By and The Fall and Rise of Reginald Perrin, has died aged 93.

He died peacefully at home, his agent said, reports BBC.

Versatile and prolific, he was known and loved for his hangdog expression, lugubrious delivery and the often testy demeanour he gave to his characters.

As Time Goes By saw him star with Dame Judi Dench, a partnership they revived in Bond film Tomorrow Never Dies. He also acted in Mrs Brown, again with Dench, and The Madness of King George.

His early television roles included appearances in The Army Game, The Saint and The Avengers and he went on to appear in Doctor Who and the Kipper and the Corpse episode of Fawlty Towers.

The Doctor Who programme listed the shows he had appeared in with a tribute on Twitter.

Yet it was his partnership with Dench in As Time Goes By for which he will perhaps be best remembered.

The BBC sitcom, about two former lovers who meet unexpectedly and later marry, ran from 1992 to 2005.

In his later years Palmer was seen in Paddington, Parade’s End and W.E, in which he was directed by pop star Madonna.

Palmer, a keen fly fisherman, campaigned against the HS2 railway line, the proposed route of which ran close to his home in the Chilterns.

“Stop this vanity project and leave our countryside alone,” he told then-PM David Cameron in a 2013 video filmed for the Daily Politics show.

“I am not grumpy,” he once said of his distinctively jowly features. “I just look this way.”

He is survived by his wife Sally Green, with whom he had a daughter and a son.