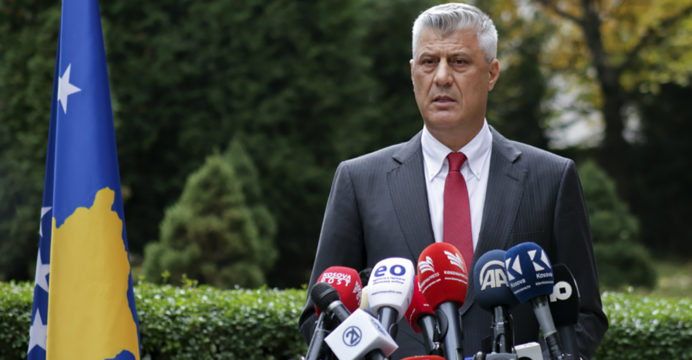 Kosovo President Hashim Thaci resigned Thursday to face a war crimes court in The Hague, which confirmed an indictment against him dating back to Kosovo’s 1990s conflict with Serbia.

Thaci, who was political chief of Kosovo’s rebel forces during the war, was accused by prosecutors earlier this year of crimes including murder, enforced disappearance of persons, persecution, and torture.

The indictment, unusually published before the confirmation, said they were responsible for almost 100 murders.

According to the charges, the victims were hundreds of people whose identities were known, including Serbs, Roma and other nationalities, as well as political opponents among Kosovo Albanians.