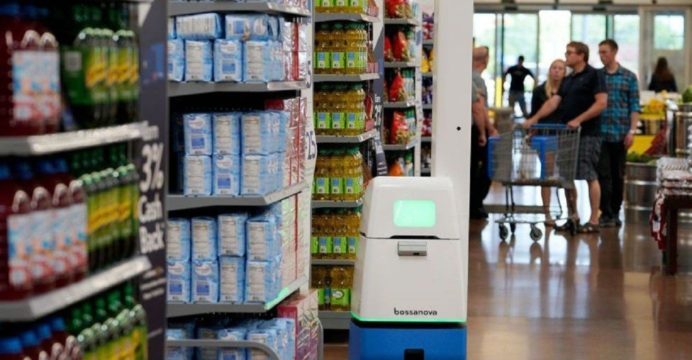 Retail giant Walmart has scrapped plans to use robots to keep track of its inventory. The world’s largest supermarket chain said it had ended its partnership with Bossa Nova Robotics, who made the roving robots.

The machines scan shelves to ensure all items are in stock and prices are accurate. They are designed to help bricks-and-mortar stores compete with online retailers like Amazon and Alibaba, reports BBC.

The robots have been in use in Walmart stores since 2017 as it moved towards more automation.

“This was one idea we tried in roughly 500 stores just as we are trying other ideas in additional stores,” Walmart said in a statement.

Walmart, which recently sold Asda to the billionaire Issa brothers, said it would continue to experiment with new technologies in its stores.

The retail giant continues to use other robots in its stores, including autonomous floor scrubbers.

Missing inventory is a problem for retailers, because sales can be affected if shoppers cannot find a product on store shelves.

The company posted a massive $137.7bn (£107bn) in revenue last quarter, driven higher by a 97% surge across its e-commerce platforms during Covid-19 restrictions.

With competition among retailers fierce, other companies have taken different approaches to automation.

Online retailers such as Amazon and Alibaba have tried to drive efficiency by using robots at their warehouses.

Amazon bought a robotics company in 2012 to drive efficiency in its fulfilment centres, where it now uses more than 200,000 robots.

Walmart’s bricks-and-mortar rival Target has been more reluctant to use robots in its stores, preferring instead for customers to interact with humans.