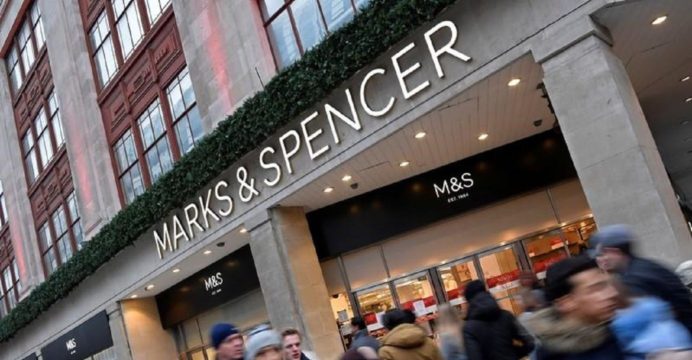 Marks & Spencer sank to the first loss in its 94 years

Marks & Spencer sank to the first loss in its 94 years as a publicly-listed company as the coronavirus crisis hit trading. In the six months to 26 September, the retailer made a loss of £87.6m, compared with profits of £158.8m in the same period last year.

But chief executive Steve Rowe said the firm’s performance had been “much more robust than at first seemed possible”.

In August M&S announced it was set to cut 7,000 jobs over three months, reports BBC.

Sales for the six-month period across the group slid by 15.8% to £4.09bn – largely impacted by lower clothing and home sales.

Clothing sales in particular were dented by lockdowns and the desire for more casual clothes, the firm said. Between July and September, clothing sales in its city centre stores, for example, were down by 53%.

However, M&S does anticipate that demand for more formal clothes and occasion-wear will return, it said in a statement.

Catherine Shuttleworth, retail analyst and chief executive at retail marketing agency Savvy, told the BBC: “Marks and Spencer is committed to the High Street, but that comes at an enormous cost.

“Its 600 stores were closed [during lockdown], they’ve picked up on online and online sales are stronger than they’ve ever been. But that in no way covers the amount of sales loss they’ve covered this year.”

“You’ve got to change to survive. While Marks was saying it, they weren’t necessarily doing it, but it has now changed the way they work even at a simple level.”

M&S created over 750 new lines including in grocery and homecare to broaden its appeal on the Ocado platform, which previously delivered for Waitrose.

M&S was one of the few big food retailers without its own internet-based delivery service, and the tie-up with Ocado had been described as a key moment in the retailer’s shift to online.

Julie Palmer, partner at Begbies Traynor, said that M&S “is already reaping the rewards of an excellent partnership with Ocado.

“Its food business could benefit from the forthcoming national lockdown [in England] as consumers look for high-quality meals as an alternative to going out.

“This could help it counter the effects of fewer people grabbing a sandwich while nipping out of the office for lunch,” she said.

M&S also said its grocery business had performed “strongly” over the half-year, with like-for-like sales rising by 2.7% on the back of substantial growth from its Simply Food stores.

Ms Palmer added: “M&S has an opportunity to step up and sit at the table with the big players in the retail market once more, but to stake its claim, it can’t just bring food to the party, it has to dress better and provide the furniture too.”