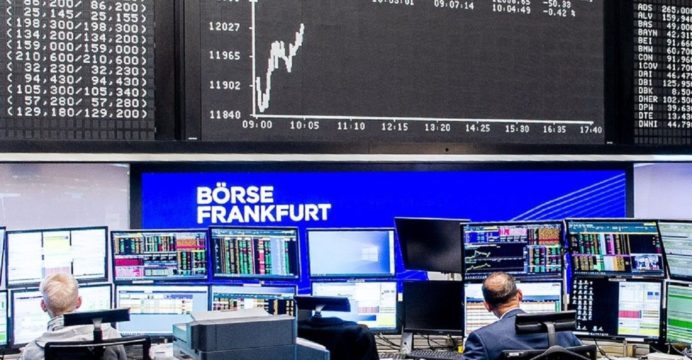 European stock markets are volatile as uncertainty continues over the outcome of the US election.

However, they had recovered by mid-morning, trading higher on the day before losing ground again.

All three indexes were just in positive territory, while the dollar was up against both the pound and the euro. On Tuesday, the three major US indexes closed higher, with the Dow up more than 2%. The wider S&P 500 rose 1.7%, while the Nasdaq climbed almost 1.9%.

“With Donald Trump already claiming victory even though millions of votes are still uncounted, investors may have to belt up and brace themselves for some volatile sessions of trading ahead,” said Susannah Streeter, senior investment and markets analyst at Hargreaves Lansdown.

With millions of votes still to be counted, Mr Trump and his Democrat challenger, Joe Biden, are neck and neck in key swing states.

Early predictions of a possible landslide win for Mr Biden failed to materialise as the contest proved tighter than many had expected.

“The final outcome of the US presidential election and control of the Senate remain in the balance, but the widely-anticipated ‘Blue Wave’ appears to have floundered, with betting markets now making Donald Trump the favourite to win a second term,” said Paul Ashworth, chief US economist at Capital Economics.

“Hopes of large-scale [economic] stimulus under a blue wave now appear to be off the table.”