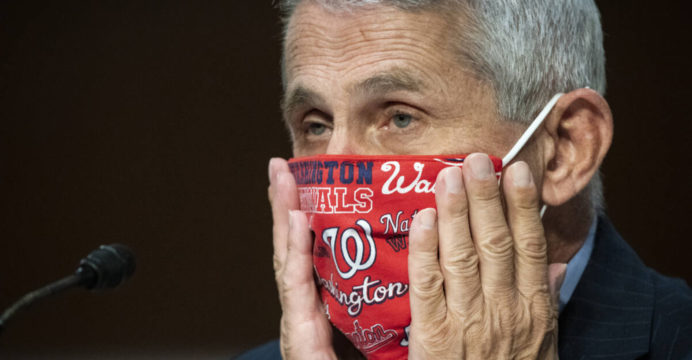 The US is going the wrong way in the Corona situation: Fauci

The United States is on the wrong track in the Corona epidemic. If this situation continues, the people of the country will have to see more dire consequences. Anthony Fauci, the US chief of infection and pathology, warned in an interview with the Washington Post.

Fauci feared that the election campaign would lead to a massive spread of corona. Fauci also commented on the two main candidates.

He said Joe Biden sees the coronavirus as a public health problem, but Donald Trump has a completely different view. Fauci claims that the US president considers only the economic aspect.

Meanwhile, countries in Europe, including France, Belgium and Spain, continue to crack down on the second wave of epidemics. The United Kingdom has been preparing for a complete lockdown since November 5. According to the British media on Sunday, Prince William was infected with Corona along with his father last April.