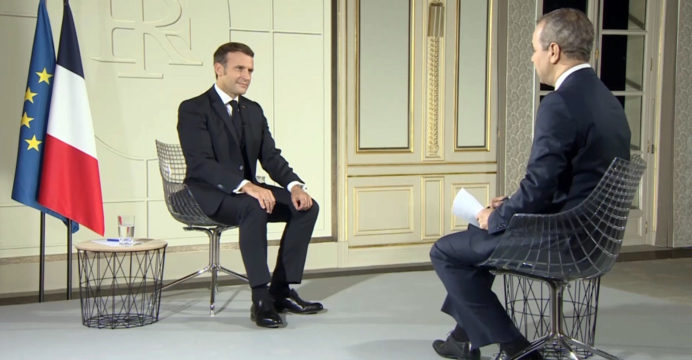 I understand the feelings of Muslims: Macron

French President Emmanuel Macron has said that he has realized that Muslims have been hurt by the publication of satirical cartoons of the Prophet Muhammad (peace be upon him).

However, he warned in an exclusive interview with Qatar-based Al Jazeera that the ongoing violence against religion across the country would not be tolerated.

He made the remarks after a series of isolated incidents across France, including a knife attack, which hurt the religious feelings of Muslims.

On Saturday (October 31), Macron told Marwan Bishahara, a senior political analyst at Al-Jazeera, that his comments on religion had been distorted. As a result, there is a strong reaction from Muslim countries. “I understand the feelings of Muslims. I respect them. But everyone must understand that peace must be promoted and the rights of ordinary people must be protected,” stated Macron.

He added, “Ordinary Muslims are facing many problems due to extremist Muslims. At present, more than 80 percent of the victims of terrorism are Muslims and that is a problem for all of us. ‘