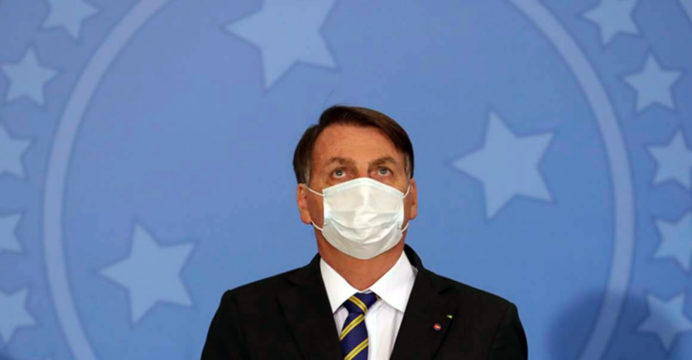 Brazilian President Jair Bolsonaro has been speaking out against the lockdown since the beginning of the Corona epidemic. He has long been critical of stay-at-home measures to prevent an epidemic.

Many countries are giving new lockdowns to cope with the second wave of the corona. On Thursday, the Brazilian president called the second time lockdown as a “madness”.

According to the news agency Reuters, most Western countries, and several Latin American countries have been detecting the highest number of infections for weeks. Many governments have begun to take strong action to control the spread of the virus. The United States is an exception. Bolsonaro is known to be a follower of US President Donald Trump as well.

According to the latest data from Johns Hopkins University, Brazil is one of the countries most affected by the coronavirus. In Brazil, the largest country in Latin America, 1,58,456 people have died so far.