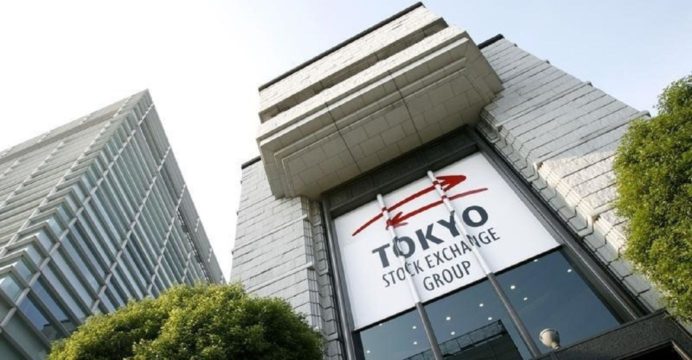 Tokyo stocks closed lower on Monday over worries about coronavirus cases spiking in Europe and more countries imposing new measures against the pandemic.

“Trading started with stronger buying sentiment, but the market was weighed down by the spread of coronavirus infections in Europe and the US,” Okasan Online Securities said in a commentary, noting Spain’s state of emergency.

Spain has announced overnight curfews across the entire country except the Canary Islands, while France set a daily record of more than 50,000 Covid-19 cases.

Italy has ordered the closure of theatres, cinemas and gyms and said bars and restaurants must shut early.

In Tokyo trading, ANA Holdings lost 1.10 percent to 2,365 yen after reports said Japan’s largest airline will ask Toyota to temporarily employ some of its workers as part of its restructuring plans.

Other reports said it has signed a memorandum of understanding to purchase sustainable aviation fuel from the Singapore refinery of Finland-based Neste.

Its rival Japan Airlines was flat at 2,036 yen.