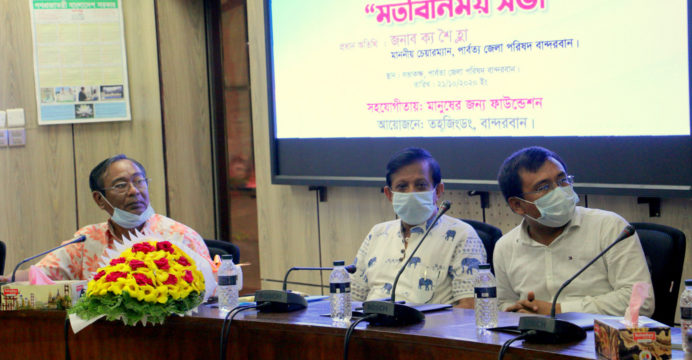 Climate change is a global issue. However, most of the people in the Chittagong Hill Tracts are dependent on nature. Nature is the only source of livelihood for the people of this region, and we all need to acquire the skills to adapt to this change. The sources of safe drinking water are shrinking day by day. Many species of trees are becoming extinct. All in all, the natural environment is being damaged. And the damage to the natural environment is having a negative impact on the lives of marginalized hill tribes.

It is to be hoped that public and private initiatives are now being implemented to enable people to adapt to climate change. We also need to learn from marginalized people in some cases. Because the people of this area have the ability to adapt to nature, through which they have gained a realistic knowledge of living in harmony with nature. So in the development of this area, we have to create an opportunity to join them and get their real experiences and opinions. Because marginalized people, especially women, are the most affected by climate change, we all need to work together to mitigate the effects of climate change on their lives.

These words were uttered by the speakers at a sharing meeting on the overall development of the marginalized people in the hilly areas on climate change adaptation held at the Bandarban Hill District Council conference room on October 21 (Wednesday). Bandarban Hill District Council Chairman Kyaw Shwe Hla was present as the chief guest at the Sharing Meeting, organized in collaboration with the Manusher Jonno Foundation and the local non-governmental organization Tahzingdong. 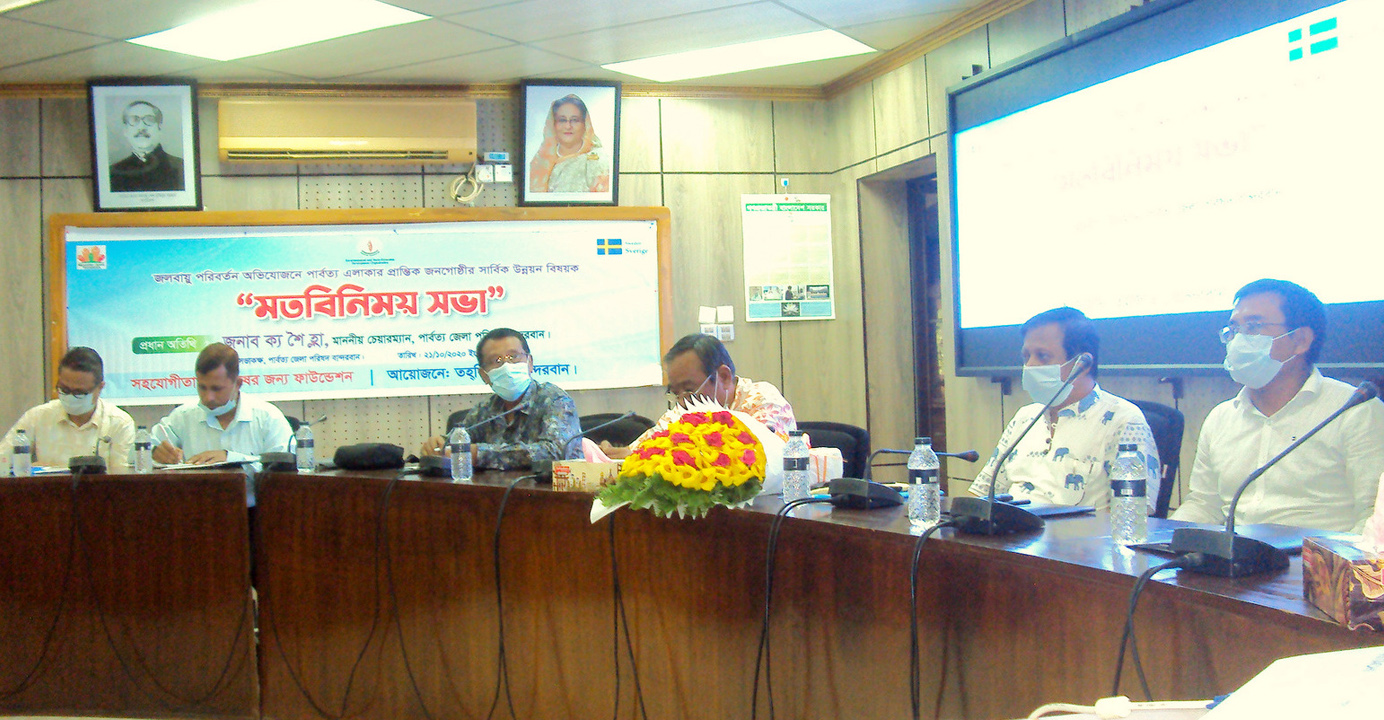 The speakers further said that the common people of the region have been living in the hills for long ages; they have never experienced an event like a landslide before. So why are we now facing unforeseen events like death due to landslides? In order to develop the climate of Chittagong Hill Tracts, one has to know about the unique features of nature here. Effective initiatives and fruitful plans need to be adopted to preserve the Plant, animal, and agricultural diversity of the area through research on specific topics in the context of the hills. Many of us talk about SDGs, but we are not aware of the correct interpretation of SDGs. And, no environmentally destructive development plan can be adopted to implement the SDGs. The development plan that we are adopting should not only be adopted for our temporary development, but we should also adopt a sustainable and environmentally friendly development plan. 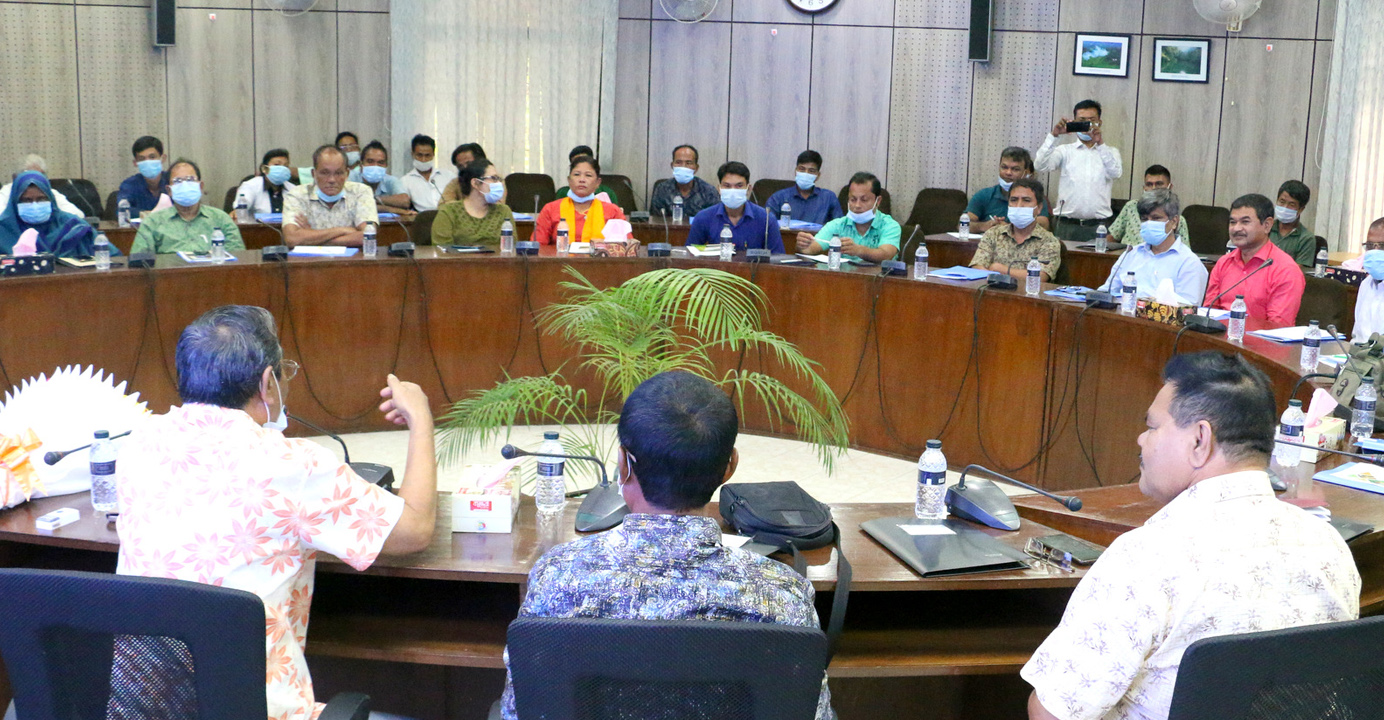 After presenting the project activities and progress, the speakers in the open discussion session said that research is needed in the context of the CHT area to adapt to climate change. Because the Chittagong Hill Tracts is a diverse area in Bangladesh, the nature and environment of the hills must be considered for the development of the Hill Tracts, otherwise, it will end up in an ineffective development plan. And we are responsible for the destruction of this environment in many cases. Old water sources are being lost as a result of continuous deforestation, unplanned initiatives including cutting down hills and trees. We can’t change the climate, but we can improve the ability to adapt to climate change in the lives of hill tracts people by taking planned and appropriate initiatives on climate change. Above all, by taking the necessary steps to create a favorable environment for the marginalized people of the area, we can all work together to bring about positive change in the lives of the people of the area and create a supportive environment. 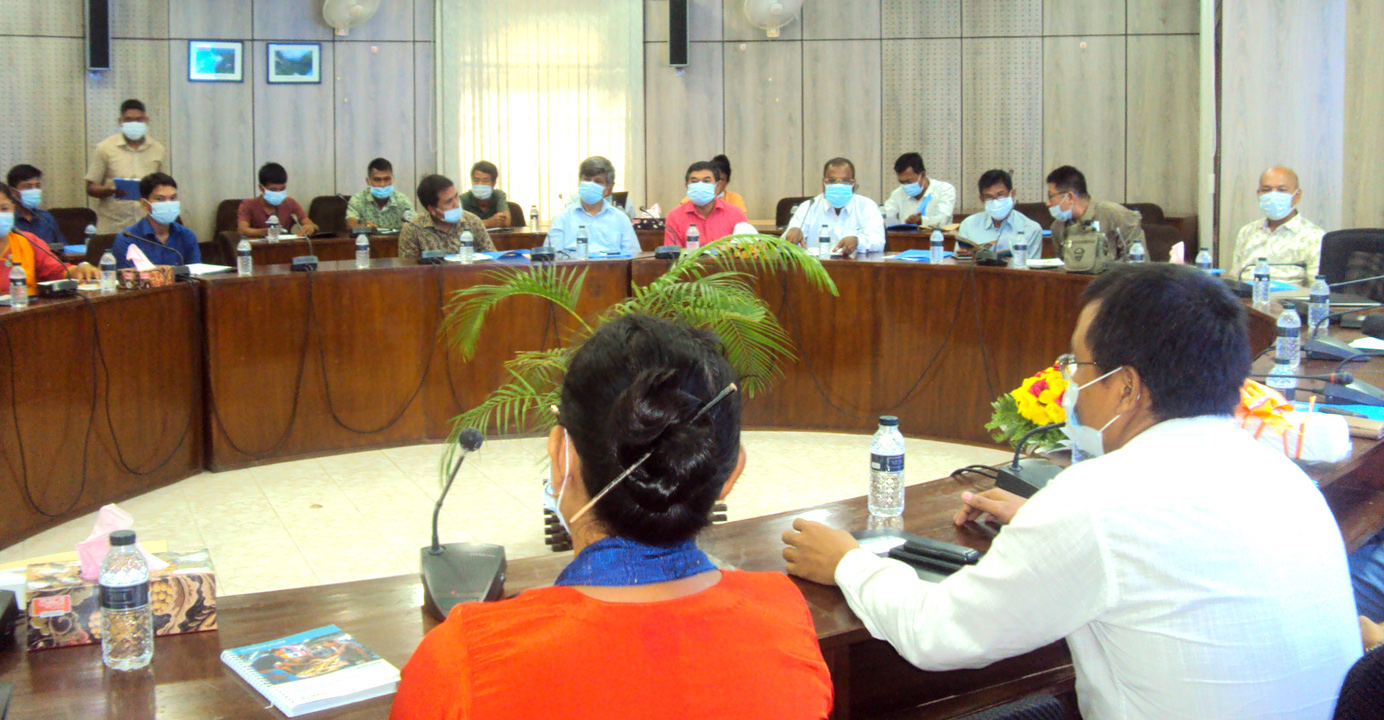 The meeting was attended by senior government officials of the concerned departments at the district level, public representatives, journalists, development workers, civil society representatives and officials and employees of Tahzingdong. At the end of the open discussion, the participants made some effective recommendations on climate change in the context of Bandarban Chittagong Hill Tracts.
At the end, Executive Director Ching Shing Prue thanked everyone for their sincere participation and valuable feedback and announced the end of the sharing meeting.