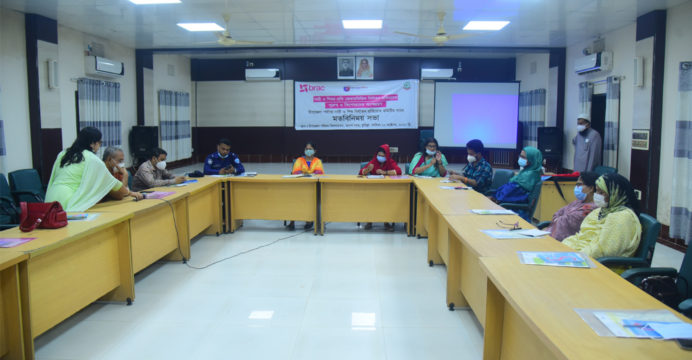 There is no substitute for changing the attitudes of men and adolescents to prevent gender-based violence against women and children.

The media, along with government service providers, needs to play a more responsible role. The speakers said this at an exchange meeting in Ardash Sadar upazila of Comilla. At the same time, the speakers called upon all to come forward to reform the social system, develop policy ethics and overcome legal procrastination.

Comilla Ardash Sadar Upazila Nirbahi Officer Zakia Afrin presided over an exchange meeting with the Committee for Prevention of Violence against Women and Children at the Upazila level on Thursday noon. Promoting Gender-Based Justice: Officers from various government and non-government departments of the Upazila were present at the exchange meeting held in collaboration with BRAC under the project to reduce violence against women and children in Bangladesh by strengthening the network of men and boys.

At one stage of the meeting, awareness videos on various forms of violence against women and children were shown through the project and open discussions were held.