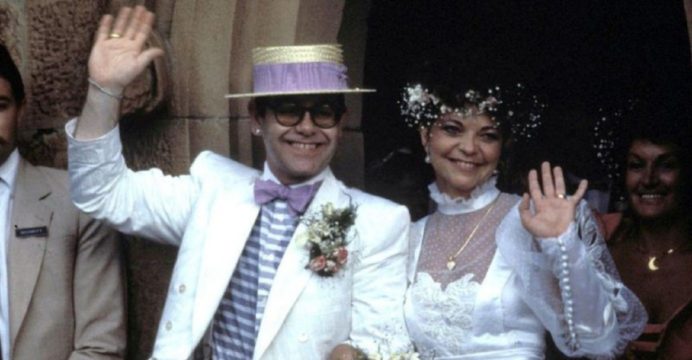 Sir Elton John and his ex-wife Renate Blauel have resolved a legal dispute that was triggered by the star’s autobiography and the film Rocketman.

Ms Blauel sued Sir Elton in June, claiming he’d broken the terms of their divorce deal by discussing their four-year marriage, which ended in 1988.

She initially asked for an injunction to prevent future disclosures, as well as damages in the region of £3m. The case has now been settled amicably, a spokesman for Sir Elton said, reports BBC.

A joint statement on behalf of Ms Blauel and Sir Elton said: “The parties are happy to announce that they have resolved this case, in a way that acknowledges Renate’s need for privacy.

“For her part, Renate acknowledges that Elton has acted in a dignified and respectful way towards her in the last 30 years and has been always happy to help her.

“They will not be discussing each other, or their marriage, in future and will be making no further comment about the case.”

Ms Blauel had claimed Sir Elton made “repeated and flagrant” breaches of their divorce agreement in both his book and the Oscar-winning biopic.

Her lawyers said the disclosures had exacerbated longstanding mental health problems, including “depression and anxiety”, and that her condition was “exacerbated by press interest in her” following the publication of Sir Elton’s memoir, Me, a year ago.

In papers filed in his defence, the singer’s legal team argued that the details in the book and film were public knowledge and that the divorce agreement applied “only to private and confidential matters”.

Five scenes from Rocketman were referenced in Ms Blauel’s claim, including scenes showing their wedding day as well as the couple sleeping in separate bedrooms.

Another scene depicted Sir Elton in a group therapy session discussing the failure of his marriage “on account of his unhappiness and in particular his sexuality”, the claim read.