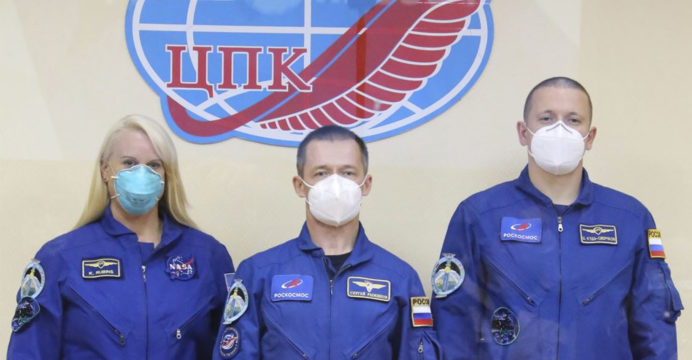 Two Russian and a NASA astronaut set off for the International Space Station in a Russian capsule on Wednesday.

The astronauts departed from the Russian-controlled Baikonur space center in Kazakhstan at 0545 GMT. They are Sergei Ryzhkov, Sergey Kud-Sverchkov of Roscosmos, and Kathleen Rubins of NASA.

They will join the station’s NASA commander, Chris Cassidy, and Roscosmos cosmonauts Anatoly Ivanishin and Ivan Vagner, who have been aboard the complex since April and are scheduled to return to Earth in a week.

A NASA TV commentator noted that everything was normal. He also said that there is communication between the Russian mission control and the crew.

Roscosmos, meanwhile, said the capsule had successfully entered to orbit.