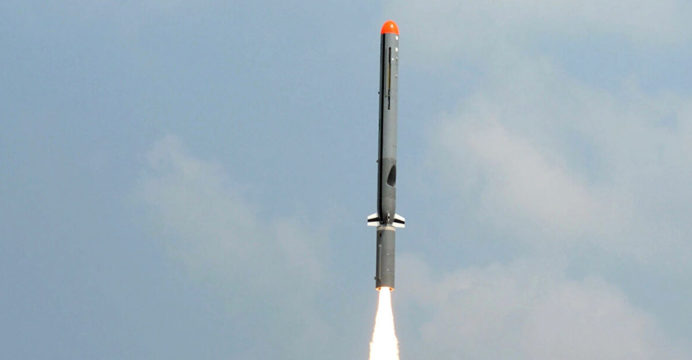 The Defense Research and Development Organization of India (DRDO) has canceled the test launch of the missile before it reached its destination.

The operation was canceled on Monday (October 12th) after the launch of the Nirbhaya missile into the Bay of Bengal from the Orissa launch site.

An official involved in the launch project told Hindustan Times that the Nirbhaya missile was released from the missile center at 10.30 am. But due to a problem in the middle, it was canceled after 6 minutes.

With the presence of Chinese troops on the Line of Actual Control in East Ladakh and the increase in military equipment, India has emphasized the need for state-of-the-art surveillance and the acquisition of new technology.

According to DRDO sources, another test launch is expected to be successful in a few months, after which Nirbhaya will be formally included in the Indian Army’s arsenal at the border.