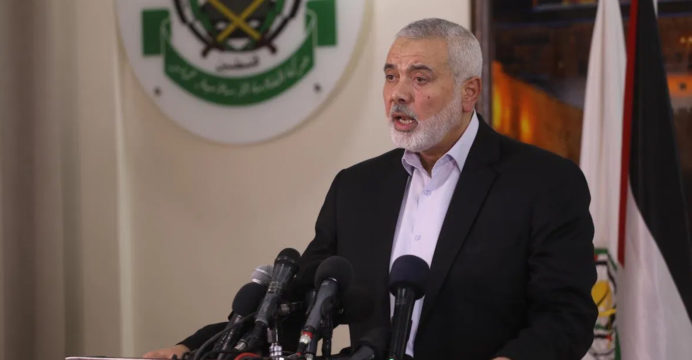 Ismail Haniyeh, head of the Palestinian Islamic Resistance Movement Hamas and former prime minister, has said that history will not forgive Arab countries that have betrayed the Palestinian people and established relations with Israel. He made the remarks in an interview with Middleeast I on Tuesday (October 13th).

Ismail Haniya once again strongly condemned the United Arab Emirates and Bahrain for normalizing relations with Tel Aviv. He said that the Arab countries which have joined hands with the occupying power must be defeated because the occupying Israel will not leave them either.