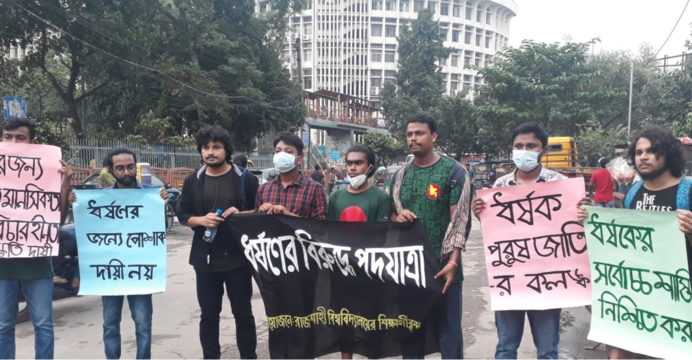 Four students walked hundreds of kilometers to protest the rape

Four students of Rajshahi University have walked about 100 km to protest against the ongoing rape and oppression in the country. They started walking from Kishoreganj on Saturday afternoon and reached Shahbagh in Dhaka around 4.30 pm on Tuesday.

The students say that they have taken this program out of anger over the incidents of rape in the country. Their goal was to start walking from a district 100 km away from Dhaka. That is why Kishoreganj was chosen.