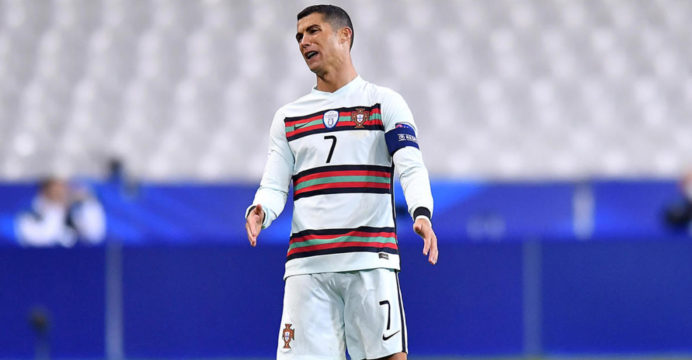 Cristiano Ronaldo, one of the best footballers in the world, has contracted with coronavirus. Ronaldo’s Portugal faced France in the European Nations Cup match on Sunday night. At the end of the goalless draw, the corona test revealed the presence of the virus in Ronaldo’s body.

The Portuguese star is not playing the match against Sweden tomorrow. Ronaldo is currently in quarantine for two weeks. The news was confirmed by the Portuguese Football Federation.

The Portuguese Football Federation said in a statement that Ronaldo has been prevented from training for the national team due to corona. He will not be able to play the match against Sweden. The Portuguese star is fine. There are no symptoms in the body, He is in isolation. The rest were re-examined on Tuesday after he was attacked. Everyone is negative, everyone will be in the practice of Fernando Santos.

The Juventus star will not be playing in the Italian Serie A this week against Croton. Juventus will face Dynamo Kiev in the Champions League on October 20. Ronaldo will not be able to play in this match. He was on the field for the entire 90 minutes of the match against France.