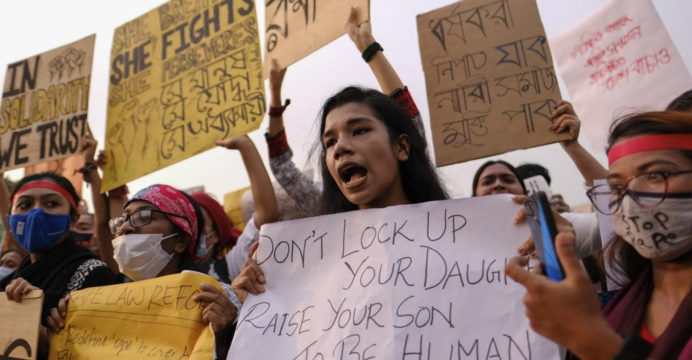 The cabinet, chaired by Prime Minister Sheikh Hasina, today approved a draft law that does provide the death sentence of rapists as there have been nationwide protests over the past month, reports BSS.

He added that the cabinet meeting emphasized on completing the rape case within the time frame as well while the “Women and Children Repression Prevention (Amendment) Ordinance- 2020” approved by the Prime Minister and the Cabinet.

The Prime Minister attended the meeting from her official Ganobhaban residence while her cabinet colleagues were connected to the Bangladesh Secretariat through virtual media.

Law minister Anisul Huq, meanwhile, said to BSS that the Women and Children Repression Prevention (Amendment) Bill was supposed to receive President M Abdul Hamid’s approval by tomorrow to be published as an ordinance since parliament was not in session at the moment.

The cabinet secretary confirmed the minister telling, “the culprits would now think twice that death is the capital punishment for the crime.”