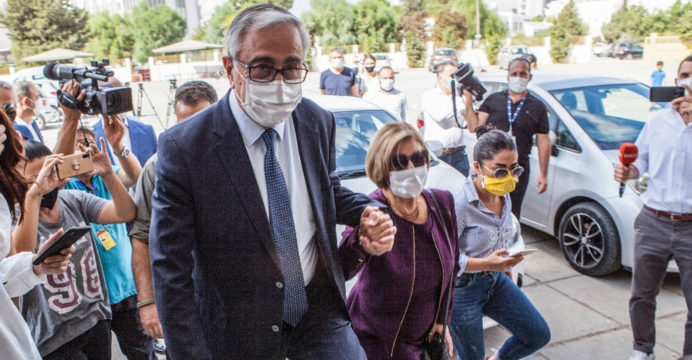 The self-proclaimed Turkish Republic of Northern Cyprus began a vote Sunday for a new leader among heightened tensions on the divided island and in the farther eastern Mediterranean region.

The election in the breakaway TRNC that is recognized only by Ankara comes three days after Turkish troops controversially opened entrance to the seaside ghost town of Varosha for the first time in decades.

That move sparked outrage in the majority Greek-speaking Republic of Cyprus, which exercises its influence over the southern two-thirds of the island and has been a member of the European Union since 2004.

If no candidate obtains at least 50 percent of the vote, the two leading candidates will face off in a second-round on October 18.

Residents, masked and some wearing their own gloves amid the Covid-19 pandemic, began casting their ballots at a school in north Nicosia.

Some 198,867 people are enrolled to vote in the TRNC, which was instituted on the northern third of the island when it was occupied in 1974 by Turkey in reaction to a coup to annex Cyprus to Greece.